Top 5 Reasons Why This 90-Year-Old Grandma Is The Coolest Cuban Around!

Last month a milestone in my family was celebrated. My first grandmother turned 90. I say “first” because, at almost age 35, I still have with me 3 out of my 4 grandparents. Isn’t that a huge blessing?! And not only are they still with me but they are with my kids and my kids are creating awesome memories with them. And they are active… boy are they active! My grandfather is the Mayor of Mainstreet USA in Walt Disney World’s the Magic Kingdom. (Yes, you read that correctly!). One of my grandmothers lives in South Carolina and comes to visit us often bringing the kids little treats every time she comes. And finally, there is my just turned 90-year-old grandmother who sits down for no one, dances when she feels like it and makes the best white rice this side of Miami (among other things). In honor of the big milestone, I’d like to dedicate this post to her and give you the top 5 reasons why she is the coolest Cuban grandmother around. (I say coolest “Cuban” because my other set of grandparents are American, born and bred and if I favor one set over the other I may get a shoe thrown at me!) 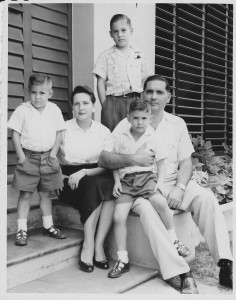 1. She makes awesome meals. My grandmother learned how to cook in her 40s. Why? Because in Cuba, she was very well off and had people to do such things for her. Only when the communist revolution struck and she, my grandfather, father, and uncles fled to the United States did they find themselves living in almost poverty. The family could have easily declared defeat but instead learned how to keep a home and that included learning how to cook decent Cuban food with what they could afford. And let me tell you… she rocked it. She makes some pretty amazing dishes from frijoles colorados, my favorite dinner, picadillo, to one of the best desserts, chantilli. But her white rice is what is amazing. So simple and yet no one can recreate it and believe me we have tried! When my kids go to visit, which is a few times a week, they always ask for her white rice and eat it by the plate load. 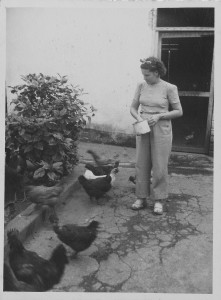 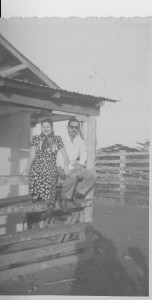 2. She shot pistols from a horse. How many people can say the did that or say they know someone who did? She was an accomplished horse rider in her day, having been born and raised on a farm. She was so skilled that she used to mount her horse, wearing her 6 shot revolver on her hip and go for a ride on all the acreage. She would hunt guinea fowl, doves, and other small game and take them back to the workers to cook on an open flame. It’s rare to hear stories like that today – imagine in the 1930s! Each time I hear those stories I get very impressed all over again! 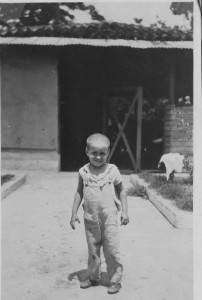 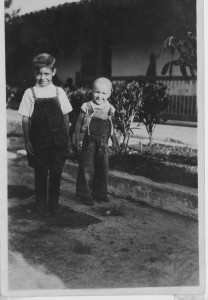 3. She wanted to be a boy. When she was a few years old she wanted to be a boy like her older brother because boys had more fun on the farm. So my great-grandfather did what any normal father would do –  he shaved her head, dressed her in boy clothes and called her “Roberto.” There are a few pictures in the family album of her standing proudly in a stream or on the farm next to her big brother shaved head and all. Her smile in these pictures is infectious and every time I see them I can’t help but laugh. She had her fun and eventually outgrew the “Roberto” stage, opting to go back to the girly dresses and actual hair on her head. 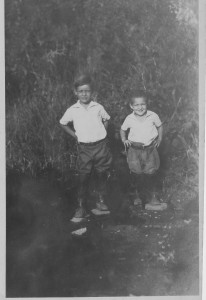 4. She represented the American flag in the Cuban independence day parade in her hometown of Camaguey, Cuba. She may have been about 15-years-old at the time and had never mentioned it until recently… like 6 months ago. No one really paid much attention when she had mentioned it the first time since it wasn’t a story any of us had ever heard of before. But she insisted that the story was true and she knew exactly who would even have the photographs! So I contacted the man who would have them, my cousin currently living in Italy, and guess what? He had them! He scanned the pictures, sent them to me and can I say how amazing it was to see my very own grandmother representing America long before she’d call it her home in a parade celebrating, at the time, Cuban independence? 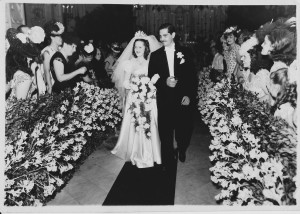 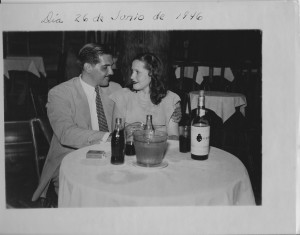 5. She was married to the love of her life for 62 years. That in itself is worthy of its own award! In a world where we don’t appreciate marriage as a forever union, my grandmother and grandfather got married when she was only 19 at a time when there was a lot of unrest in the world. They survived all the regular marital issues, (like living with your in-laws the first five years!), kids, etc with the added bonus of the communist uprising in Cuba. Their marriage was strong enough to endure having everything they owned taken away, being separated from loved ones, sending my oldest uncle to the United States ahead so that he wouldn’t get enlisted in the forced communist military, moving to a country where they didn’t know anyone or anything, and so much more. They somehow, in the midst of everything, started their lives all over, raised 3 boys into successful men, watched 7 grandchildren grow and even saw the grandchildren start their own families! Their marriage endured until my grandfather’s passing in 2008.

I could go on and on about all the reasons why my Cuban grandmother is the best. But I’ll leave you with this. If you have an awesome grandmother/grandfather (and I have been blessed with 4 amazing ones, 3 of whom are still with me!), appreciate them and all they have to offer. Hear their stories and soak in their wisdom. After all, their history is your history!

Jaclyn is a former Reading Specialist, and wanna be writer who gave up teaching when she had her first baby. After staying home for a number of years chasing 4 children, her husband, yellow dog named Patton, chickens, and a pet lamb named Chloe, she decided to take on even more by joining the family business. When she finds a few precious moments to herself, she goes back to her writing roots. She enjoys writing about anything the inspires her whether it be her own life or the lives of those she sees around her.