I’m Grateful For This Extra Time With My Kids

While it’s indeed strange to be “quarantined” at home for an extended period of time, I’m continually reminded of just how blessed we are. It’s funny how people yearn for home after a long day at the office—the safe haven with cozy recliners, huge sofas, and inviting mattresses.

Now, we’ve hardly left in weeks, aside from the pick-ups and quick runs. I’m where I typically long to be, and yet it’s easy to complain because what’s happening on the outside is so foreign—a departure from the norm.

And then I stop myself.

We have plenty to eat. Our home is heated. We’re streaming shows at our leisure. There’s much to be thankful for, in spite of what’s happening out there.

I’d be remiss not to acknowledge my concern for those working in the medical field during this trying time. My dad works in the pharmacy at a local hospital. I located an unused N95 mask and offered it to him. He was beyond grateful, especially since the hospital didn’t have one for him. While I’m comfortable at home, my dad continues business as usual, as do many other men and women in the field. I’m thankful for their commitment and bravery.

Others are hard at work, as well. Whether it be restaurants, grocery stores, banks—they’re all plugging along—albeit with certain safety precautions in place. But they’re still working, and I’m grateful for their efforts.

I’m at home because I’m an educator, and these last few weeks have been nothing short of strange. With a 5:15 a.m. wake-up norm, my daily routine has become anything but routine. It’s strange not to see my students and especially unsettling when I think of how many seniors I have. Sure, there’s e-mail, Google Classroom, and Zoom. There are ways to stay connected. For seniors, though, it’s a tough one. Sports, canceled. Prom, canceled. All-Night party, canceled. Commencement, canceled? In the traditional sense, most of these are gone. It’s sad.

RELATED: When Everything Feels Out of Control, Do These 10 Things

As bizarre as it all feels, and as much as I miss sports on TV, I’m so grateful my family is healthy and safe. Yes, I’ve been home for a while, but I’ve had time to think.

I’ve realized it’s up to me to treasure this extra time with my children and to take advantage of these bonus hours that would normally be consumed by work.

Having the opportunity to draw pictures while sitting next to my daughter—in the middle of the day—is a rare treat. She excitedly runs toward me, begging me to sit down and draw with her. And the beautiful part is there’s time—plenty of time.

With no NCAA March Madness, the over-the-door bedroom hoop has become a staple of entertainment. Sure, it’s always there for the occasional shot or slam, but now it just screams for attention as it rests in its familiar spot atop the door. The door has taken quite a beating from my son’s aggressive play, and I’m certain I’ll need to paint the wall behind it. But it’s okay. There’s plenty of time.

Back-yard soccer matches can break out at a moment’s notice. My kids and I take the pitch with confidence as we assume our positions between the miniature goals. The laughter rings out in the yard, and it’s not just the kids. It’s me. I’m playing backyard soccer when I’d normally be at work, or grading papers, or insert other laborious task here. Now, it’s kids against dad for family bragging rights. And while playing, I noticed a couple of low spots, mainly because I stepped in them. They’ll undoubtedly require some filling and leveling. Not to worry, though. There’s plenty of time.

We no longer have to wait until Saturday for a home-cooked breakfast. Bacon has time to sizzle, eggs have time to scramble, hash browns have to time crisp—all on a Tuesday morning. There’s nowhere to rush off to, no hectic schedule to maintain, no pressing appointments to keep.

There’s simply time to be together.

And, consequently, there’s time to wash the pans. No excuse now.

Dear Kids, Thank You For Being My Light in the Darkness This Year 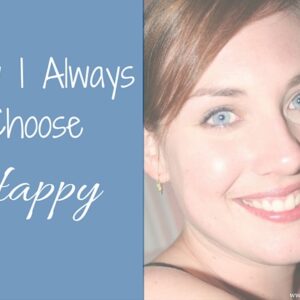 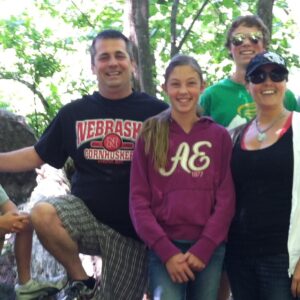 From Only Child to Mother of Six

Your Kids Are Not Responsible For Your Happiness 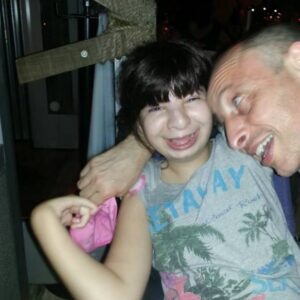 I Already Lost a Daughter—I Couldn’t Lose My Husband, Too 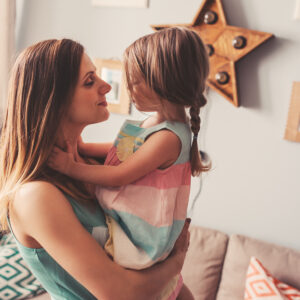 You Have Enough On Your Plate Right Now, Mama—Don’t Add Guilt