His story struck home when I read about an annual study run by the research firm Yankelovich. For the last two decades, they’ve asked men what it means to be a man. The number one answer for every single one of those 20 years has been “to provide for his family”. We don’t need a study to tell us what the word “provide” means. Earning the money to put the food on the table, in the house whose mortgage you’re paying for, cooked with the gas you’ve paid for, while the kids spill food on the clothes you’ve paid for before they go off and play with things you’ve paid for. It’s all about money.

What’s deemed “normal” in society has a massive influence on us. When it comes to being a dad, it’s normal that you provide, in the monetary sense.

The idea that provision, for men, is about more than money goes against the grain. Not that it isn’t expected—just that it’s not what comes first. It’s not the thing you sacrifice because if you do you’re not really providing to the best of your abilities. There are only 24 hours in the day. Something has to be sacrificed. Tradition, which by definition is from yesteryear, dictates the father sacrifices his time with his family—emotional and social provision—for financial provision.

Yet today, our partners are also breadwinners; it’s not just about one income anymore, it’s about two. We’re both providers now.

The role of the provider is so deeply ingrained in what it means to be a man, it’s hard to go against it. Ninety-nine percent of the things we’ve seen and heard since birth have reinforced it. How many years is that for you? For me, it’s 35 years of being told that being a dad is about financial provision above all else. It’s a cultural expectation that’s got into my head without me choosing for it to be there.

This expectation is a hard thing to fight.

I work part-time to pay the bills while running my own consultancy on the side. The idea is that I have the freedom to be with my family more and the opportunity to earn a decent living. Sometimes, it works wonderfully. My consulting is working well, I’m on top of my part-time work so it doesn’t creep outside of the agreed days, and we’ve got money to save and spend.

Sometimes, it doesn’t. My consultancy is in a trough, with little in the pipeline. We’re scraping by. This is “the low” where I question the choices I’ve made, thinking it would be easier if I just got a full-time job, worked hard, and had less time with my family. When I was in this space, I’d beat myself up quite a lot.

Now I can pull myself out of that slump pretty quickly. Now I understand that what’s going on in my head is just a reaction to an expectation I didn’t choose to have, I can move past it. In my book, it makes me a better dad because Grumpy Dad is no fun.

While my kids are young (three and six), I’ve chosen to prioritize providing emotionally and socially while making sure financially we have enough. It’s a definition that involves my wife as much as me because we believe in being equal parents. I know that when they’re a bit older I’ll revisit this definition, but right now it’s working for me. By rebalancing the emotional with financial it’s helped me be a bit calmer and more patient with my kids. It’s no silver bullet but it’s made a difference.

I’d love to know if experimenting with what it means to provide for your family helps others. Please give it a go and let the rest of us know how you get on.

David's exploring what it means to be a great dad, and particularly a patient one, after realizing he was an angry dad. He writes at www.beingdads.com, where he shares tried and tested principles and practices on how to be a better dad.

Did My Mom Know How Much I Loved Her?

Did My Mom Know How Much I Loved Her? 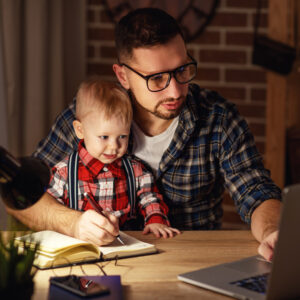 Sometimes You Never Outgrow Feeling Like That Awkward Teenage Boy 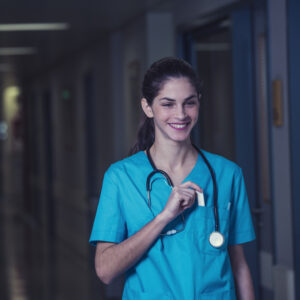 To the Shift-Working Parents, I See You