When my son was a mere two weeks old, he contracted RSV.

My older kids had come down with it first, and I knew it must be something bad when my normally rambunctious toddlers wouldn’t leave the couch.

I cringed in fear when my infant started coughing on a Friday night. On Saturday morning at 5 a..m, I called a co-worker on the ambulance service. She didn’t hesitate to bring the ambulance over and check on my kids.

By Monday morning, I knew the baby needed more care than I could give him.

From the pediatric clinic, we were admitted to the hospital due to his oxygen saturation dropping as low as the high 70s.

From the pediatric floor, we were moved to the ICU.

After a couple of days on our small hospital’s ICU, it was decided my son should be flown from there to a larger hospital with a PICU.

My son and I spent a total of one week in the hospital. My husband popped in and out as he could, trying to juggle taking care of our two toddlers at home who were still recovering.

During our terrifying experience, I felt God’s hand in every step thanks to the countless people He placed in our path.

From the nurses who so compassionately cared for not only my son’s every need—but mine as well, in part by providing me with a never-ending supply of much-needed tissues.

To an OB nurse (who we knew from all three of our deliveries) showed up in the ICU to help place my son’s IV. That was not required or expected of her, but she did it anyway to try to minimize the pain my son experienced by providing her unique skill of getting catheters into teeny tiny veins.

To the respiratory therapist who got down to my level, and looked into my tear-filled eyes as I sat in a chair holding my son who was struggling for every breath, and promised me that he would make sure my son got the care he needed.

To my children’s pediatrician, who wasn’t supposed to be working at the hospital that week but came anyway and handed over her personal cell number just in case I needed anything.

To my own OB/GYN who showed up in ICU to check on me. Once again, definitely not expected or required, but she took time out of her busy schedule to do it anyway. Not as my doctor, but as a friend who cared.

To the flight team whose presence instantly calmed my heart with their advanced level of care and attentiveness to their patient.

RELATED: So God Made a Nurse

To the stranger in the large hospital I came across on a hurried, early morning coffee run. His gentle voice came from behind me as I was trying to get back through a door that suddenly wouldn’t reopen: “You need a badge to get through there,” he said. “But I  just came through here!” I said, feeling an urgency to get back to my sick baby. “My son is in there.” He used his badge to open the door for me, “You promise?” He said with a smile. “Yes, his name is Porter and he is 3-weeks-old. He has RSV.” My voice broke as I hurried through the now open door without even making eye contact with the stranger. “He will be OK!” he called after me.

To the spiritual team member who assured me with no prompting when I needed to hear it most that I AM a good mother.

To you, food service lady, who I never met in person. I could hear the compassion in your voice over the hospital phone as you asked how my baby was doing and called me “hunny.” The extra portions of chocolate cake and bacon you sent for me meant more than you know.

My phone never stopped dinging. The texts, the calls, the messages. From close friends and family to people I haven’t talked to in a long time. Messages of encouragement and prayers were coming from far and wide.

And I haven’t even gotten started on what was happening for us at home while we were away.

I could watch from the hospital as our security cameras revealed car after car, person after person, pulling into our driveway, carrying pots of soup and gifts, and bringing their helping hands, eager to assist our mothers in caring for our kids at home.

My husband and I cried for our son that week. But, we also cried tears of joy over the love we felt.

There is good in the world. And it is overwhelming and it is ever-present. Sometimes you have to look hard for it—other times it slaps you square in the face.

Kamrie is a rancher’s wife, a mom of two girls, and an EMT. In her free time she enjoys horseback rides in the Montana mountains, coffee walks with friends, playing with her girls, and jotting down thoughts to share with others. 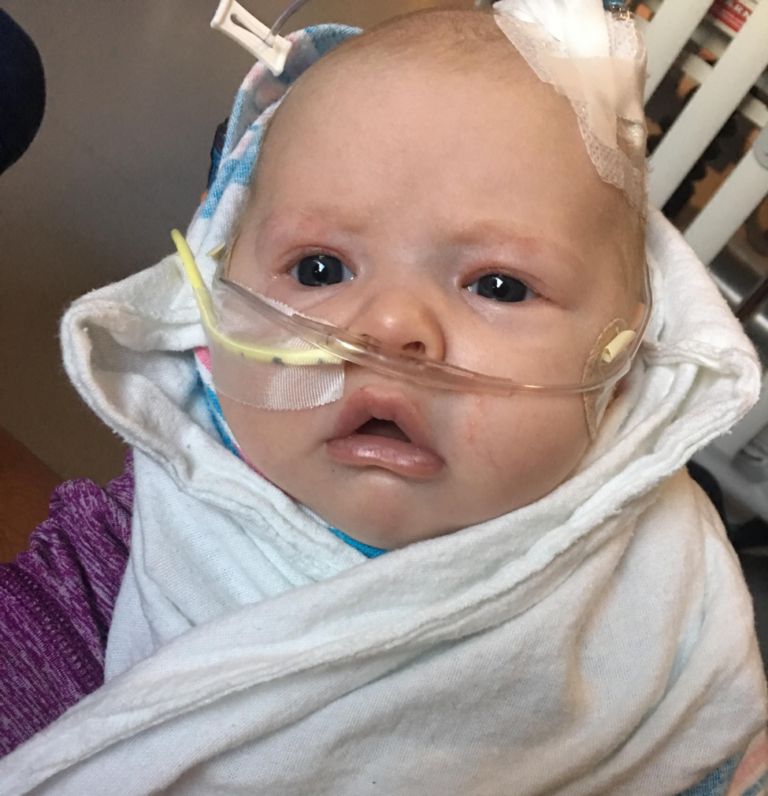 I sat on the cold plastic couch as my husband held my shuddering body tightly in his arms. Our 6-week-old daughter didn’t even fight the doctors who were trying to get her quickly settled into the PICU. The IVs, the feeding tube, the CPAP, and every other medical tool that was being strapped to her body elicited no response from her. What 24 hours earlier had just been a cough had turned into our baby’s body close to giving up the fight against RSV. Maybe you’ve seen the memes floating around social media telling you not to kiss the babies... 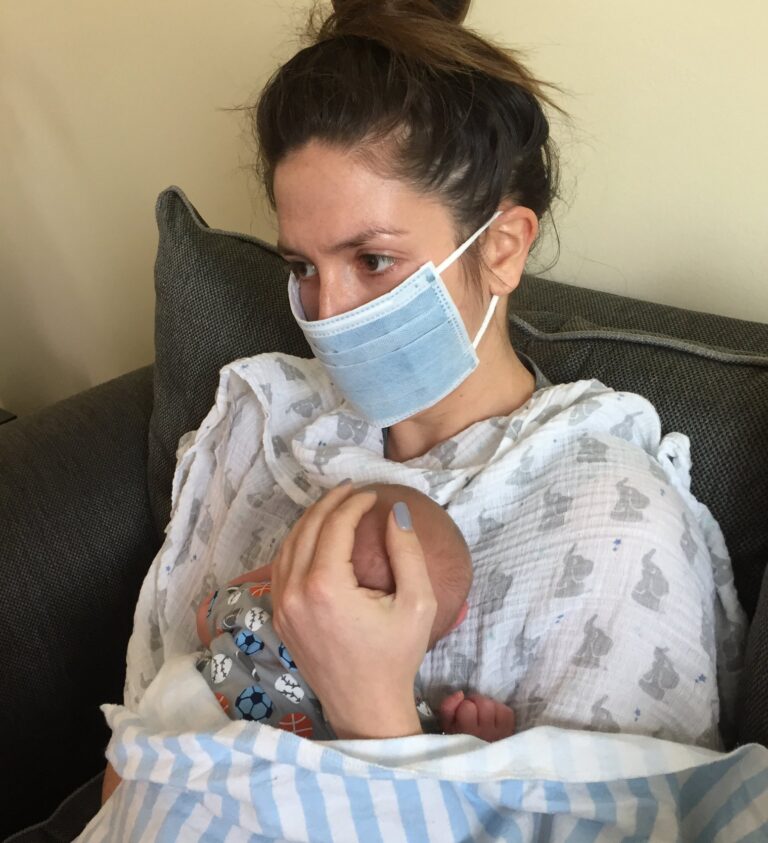 Hey mama, Listen up. It’s the holiday season, a.k.a, the season of giving. Giving thanks, giving presents . . . oh yeah, and giving germs. Lots of ‘em. Flu, whooping cough, that scary three-letter word, RSV. So now’s as good a time as any to remind you: There’s a lot of sharing going around, but you don’t ever have to “share” your baby. Your baby isn’t a souvenir to be passed around and “oohed” and “ahhed” over by everyone at the table. You don’t have to hand her to every family member who claims, “But I’m AMAZING with kids!” You... 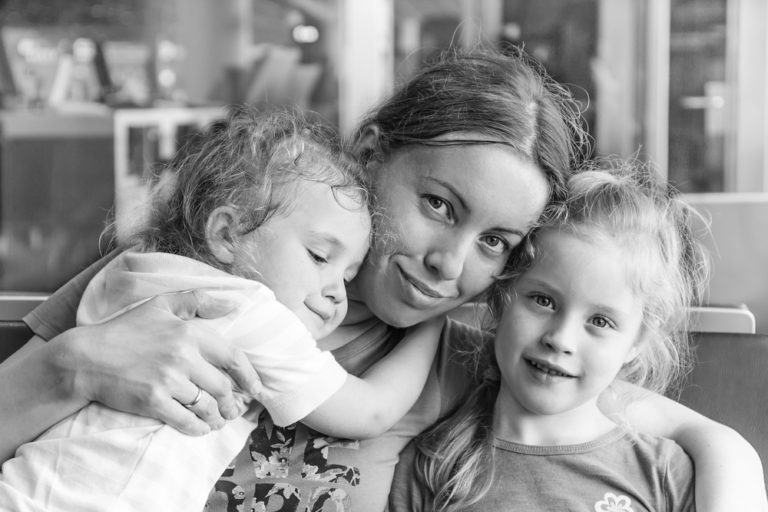 Dear Mama, You Are Stronger Than You Think 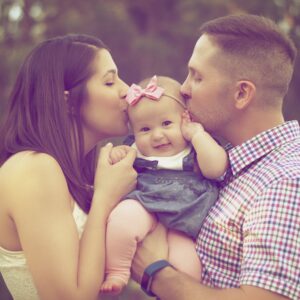 Raising a Child Who Has Anxiety Is Exhausting 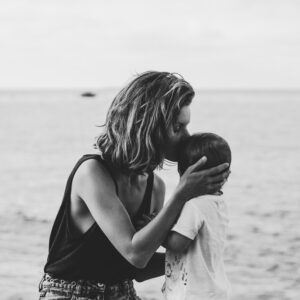 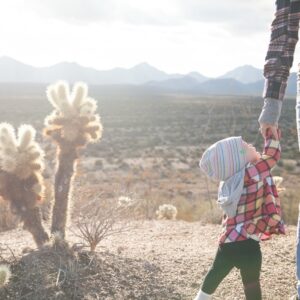