I took a stroll to downtown Holdrege the other day.

It was a perfect autumn morning on the Great Plains; the kind of day that makes you truly appreciate the changing of seasons… 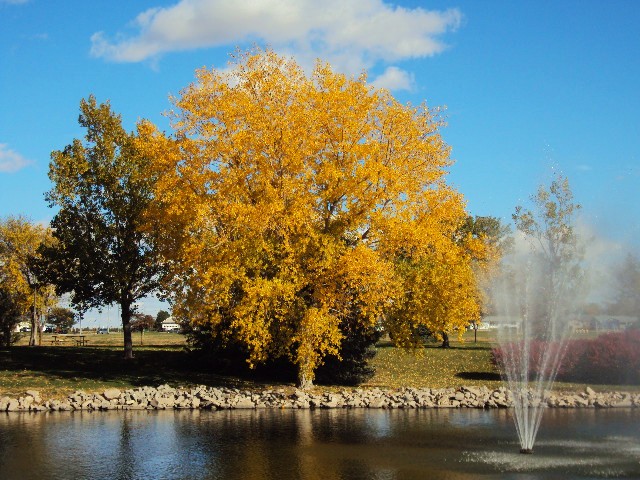 The air was brisk and my breath presented itself with every exhale as I moved along the residential sidewalks. In the distance the high school marching band provided a faint soundtrack for my walk; amateur musicians attempting bold fight songs. A slight frost was still lingering on the well manicured lawns and I was glad my hands were tucked into the pockets of a jacket I almost left at home. I found myself moving quickly to a self-made rhythm as a result of the sound of my boots hitting pavement and the chilly wind at my back.

In the short distance from my home to the downtown district, three people stopped to ask me if I needed a ride. That’s the thing about small towns, you never meet a stranger. When I declined their offers with a smile, everyone looked at me as if I was crazy. Apparently, LA isn’t the only place where nobody walks. After six short blocks, I had reached my destination and accomplished the task of personally delivering my correspondence. From the stoop of the post office, I looked out and surveyed my hometown. It was at that moment that I realized the leaves had officially turned and they were beginning to fall… 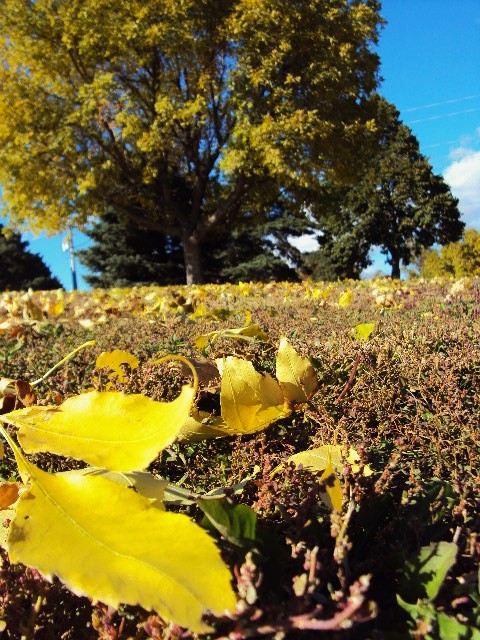 On my way back home, I took in my surroundings with an attention to detail that probably would have been missed by car. Carved pumpkins graced the porches of modest houses along my route and the doors to those homes were decorated with wreaths of Indian corn and dry husks. One house had fake spider webs stretched across their entryway and makeshift ghosts hanging from the tree in the front yard. It was the kind of house little kids have already spied as a bountiful trick-or-treating stop. But it was the leaves that continued to amaze me… 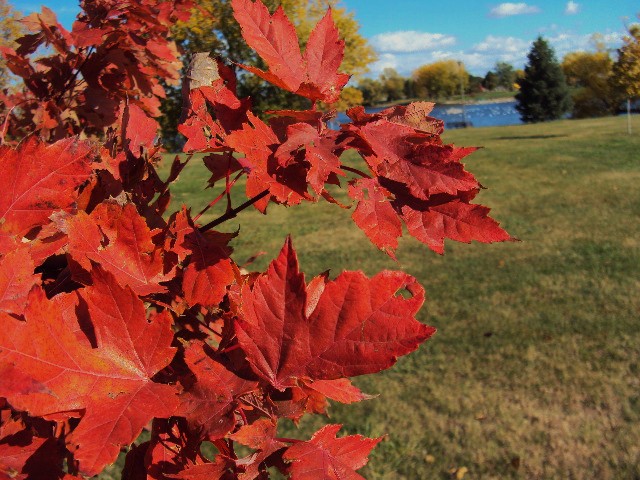 I picked up a leaf that had fallen from a mighty cottonwood tree and I examined it. I held it up to the morning sunlight and looked at all the intricacy of its makeup. So complex. How was it possible that fall had arrived? Seems like only yesterday the snow had melted and trees were starting to bud. Where had the year gone? What became of my time? Did I accomplish anything this year? What were my goals again?

I scooped up a handful of leaves for good measure and nearly ran the rest of the way home to dig up my list of New Year’s resolutions I had scribbled out in January.

Perhaps this is why people opt to drive in lieu of being a pedestrian.

My resolutions were quite ambitious and there weren’t a lot of items checked off the list. I looked at the leaves I had brought home from my walk and it reminded me that there is still time to accomplish my goals. Maybe I can learn the Armenian language in a matter of weeks. There’s still time to get a six pack abs, right? How hard is it to master the art of French cooking?

I decided to keep a few of these leaves in my journal to remind myself that time is truly fleeting. I also made a few cards to send to friends and family members on the west coast who sometimes don’t get the opportunity to partake in the true spirit of fall. And by “spirit of fall” I mean the “harvest/pumpkin/falling leaves” part of the holiday; not the “It’s-October-and-you-have-wasted-a-year-of-your-life” epiphany I had on my walk to the post office.

I glued a leaf to folded plain white card stock… 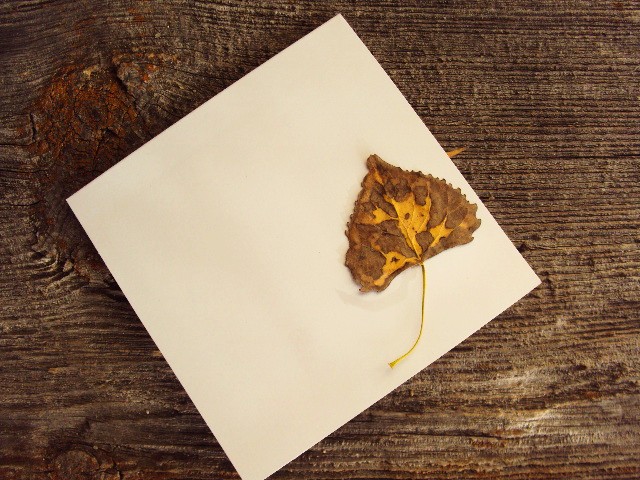 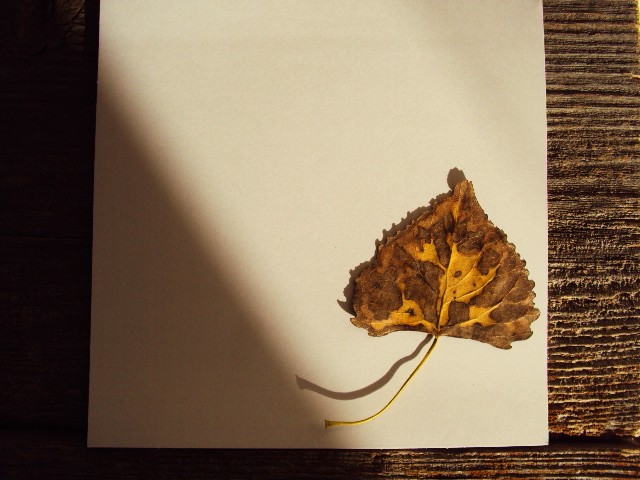 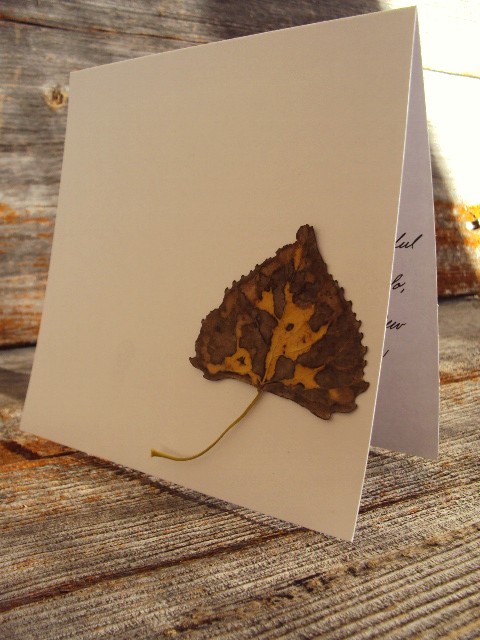 And included a few leaves in the note… 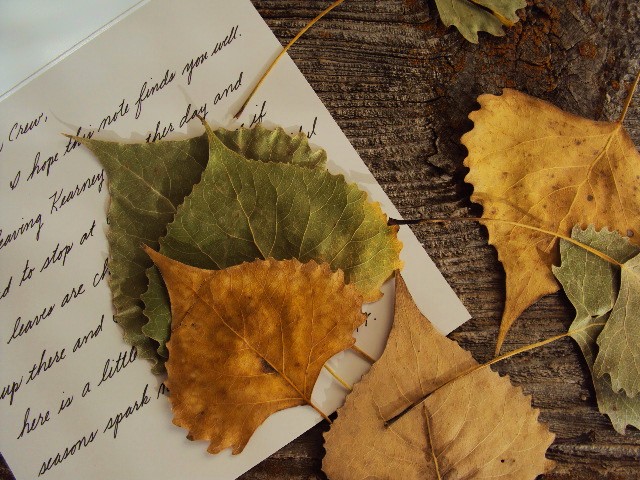 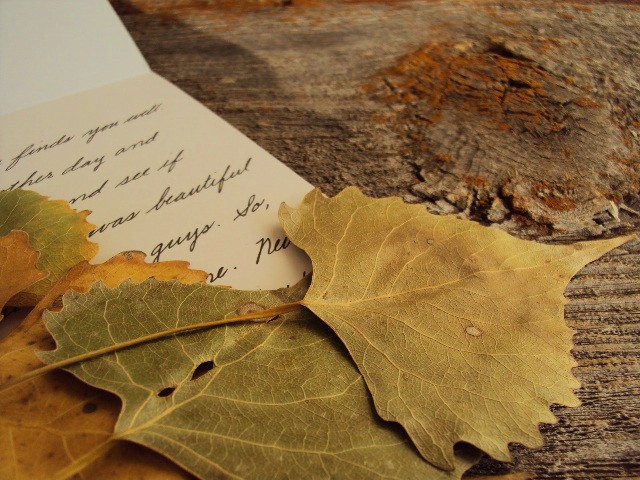 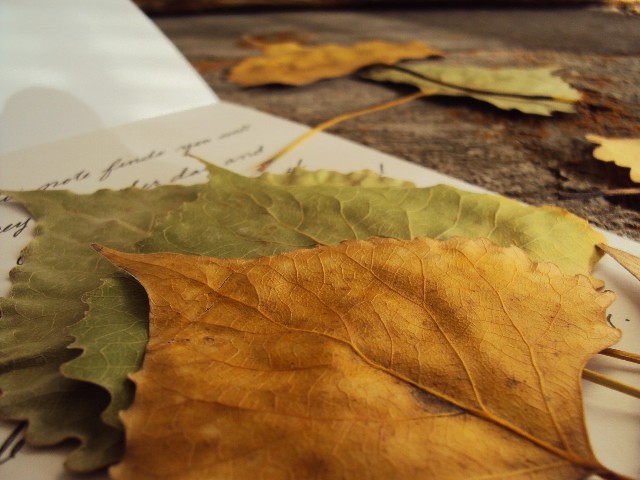 A simple and easy way to share a holiday!

BTW: #25 of my New Year’s resolutions was to send more correspondence.