Dads, You’ve Got to Protect Yourself From Your Kids

It’s time we all opened up about something we are afraid to talk about.

It’s hidden and often goes unmentioned in the parenting world. We, as fathers, get constantly smashed in the crotch. Yes, we joke it off or tell everyone that it is OK.

Our children are born with a primal instinct to smash our privates. I think it’s an evolutionary thing to prevent further competition from being conceived. As a father of three, I can tell you that the strategy does not work. However, I do appreciate the Darwinian assertiveness that my children are showing. They punch junk at a much higher level than I ever did.

And I would be remiss if I didn’t acknowledge the humor opportunities that a crotch shot has. For thousands of years, a well-placed shot has entertained everyone from presidents to emperors. Comedic timing, as a very basic principle, has its roots in nut punches. It was developed right after the wheel by Thag, the first stand-up comic. His son, Thag Jr., ran up on stage and popped him during a joke about apples.

Thousands and thousands of years later, this joke has now gotten out of hand (or fist as it were). I was sitting on the couch talking to my wife, and my six-year-old ran up to me.

He then smacked me right square in the crotch. You wouldn’t think that his little fist could get them both. It could.

My wife had to leave the room as she was laughing too hard. My son took a bow. I was also telling a joke about apples.

Men, together, we can combat crotch shots given by our children. After 13 years of fatherhood, I have developed foolproof tactics to improve your testicle health:

1. When dealing with babies, beware of the feet

They can’t hold their heads up, but somehow they know exactly when to kick. Don’t believe the excuses when nurses tell you they are random. Why is always “random” when I’m holding him, Sharon?! Tell me that!

Taught originally by Shaolin Monks in the 3rd century, this fatherhood go-to is perfect for toddlers. Their height makes for ideal head butts into my baby-makers. A quick knee block, followed by a backflip into the splits, often stuns toddlers with its impressiveness. Throw crackers at them if they counterattack.

When my children are around, I now enter rooms backside first. My kids haven’t seen my face in years.

Welcome to the hardest sport you will ever play: fatherhood. Since having kids, I now wear cargo shorts, a dad sweater, and hockey gear.

5. Letters to the editor

To escalate awareness of fathers getting punched in the junk, constant letters to the editor are an essential tool in educating society. Use the term such as “ouch” and “Why, God, why?!”

Nothing shames a teenager quicker than an Instagram post. You would think they would have grown out of this but I’m just saying there are a lot of “That was an accident, Dad. Sorry about that.” Be careful though, all of her followers are also teenagers and may rally to do a flash mob. You don’t want that kind of attention.

7. Enlist the help of your significant other

Only approach them once they have stopped laughing uncontrollably. Start the conversation with “That wasn’t funny, dear!”

Whenever you sit, place one of those useless pillows on your lap. You used to think they had no purpose. You were wrong. However, be aware that you have basically put a target on yourself for the sharp pointy knees of children.

There are several drills you can practice in your fortified garage. Sliding between cones increases your lateral movement speed and reaction time. Squats will improve your base jump height. Do curls but only when smoking cigars so the montage video of yourself looks cool.

An oldie but goodie, the stiff arm was perfected by Larry Csonka in 1973. Using his techniques of power and grit, push your opponent away from the offending area.

11. No more jokes about apples

Go one step further, no jokes about anything round. Round is now off-limits.

This is just good life advice.

Be elusive, quick on your feet, and use diplomacy only as a last resort. Find a large boulder and hide behind that.

There are many other ways to protect our below parts from our children. Be creative. Get fun with it. Stop laughing every time it happens. No matter how funny it is, you must refrain.

Your future children will thank you after they haul off and punch you once again.

RELATED: When Dads Do More, We Set Our Kids Up For the Future

This post originally appeared on The Good Men Project.

To the Dads of Kids With Special Needs: Your Spouses Need Your Support 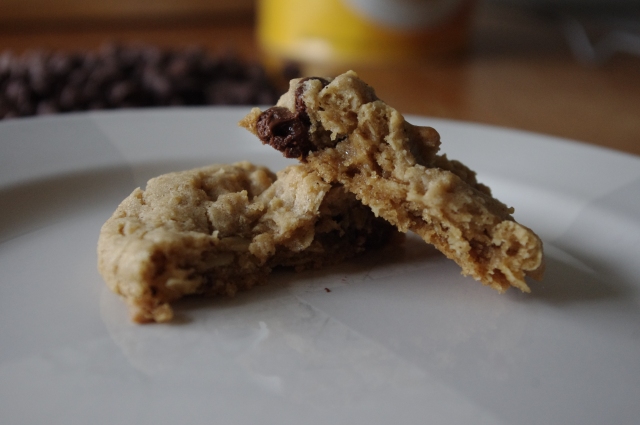 Dear Daughter: Here’s the Secret to Figuring Out Men

You Had a Baby. Now What?