In the days before I met and married my husband, you know, back when I was still a young, skinny thing, I often had lunch or dinner with a guy friend of mine named Brian. He hadn’t kept his desire to be more than friends a secret, but our ideas about what relationships should look like varied widely. Not to mention, he was always trying to get me to put my hair in a ponytail and wear his camouflage jacket, and I thought a man in a business suit was God’s gift to the world.

Still, we laughed a lot, and I enjoyed his friendship.

One night, as Brian sat across from me at one of our favorite local restaurants, he passed his new phone over to me, excited to show it off. I couldn’t even figure out how to unlock the screen. I fumbled over the buttons and then accidentally stumbled onto a collection of photos of a nude woman. I was appalled.

“I don’t think you meant for me to find this,” I stammered as I handed the phone back, nude photos facing up.

He blushed and explained his good friend, Luke, often forwarded him pictures his new girlfriend sent to him.

“Nice,” I murmured. We ended our dinner shortly thereafter. I got out of the car in tears, so disappointed in Brian’s idea of what it was to honor a woman and her body. I mean I had this very same conversation with the high school boys I taught every single day. Brian was a successful, well-respected, almost 30 year-old-man trying to win my heart. Had no one ever taught him better?

When I thought about it, I realized Brian and I had grown up without cell phones. Our teens are the first with the capability to send nude photos of themselves to be forwarded on without their permission. If not taught how to properly respect technology, they would grow up to be Brian, destroying their relationships, and in some instances their careers, with their inappropriate relationship with technology.

A few months ago, I engaged in a heated debate with my soon-to-be 18-year-old-son about a perceived decision he was making. I told him I was concerned about the situation he was placing himself in, about the temptation he’d face every day, with no support.

I’m not suggesting we should throw caution to the wind and expose our kids to all that exists in the world as soon as possible, but I do believe there’s validity in equipping them for the inevitable onslaught of split-second choices that will come, many of them from the technology at their fingertips.

In truth, they’ll need these tools, and the tools themselves aren’t the enemy. Should our children have flip phones until they’re 18? I’m not convinced this sets them up for success.

The truth is, I’m glad I’m not married to Brian, but I also don’t want to raise a Brian (or his female counterpart). I aim to raise children who honor the privacy of others, even when no one else is looking. I want to raise children who know how to use technology properly. This means, at some point, incrementally teaching them about, exposing them to, and ultimately trusting them with the technology of our day.

It’s easy to let fear steal the best of our parenting days. But what if, instead, we let goal-based parenting lead the way? Instead of hiding our children in closets or forbidding them to ever see a phone or Instagram account, what if we parented based on who we want our children to become? With the end goal in mind?

We want children who are strong, independent, and able to make good decisions for themselves, right? Then let’s equip them to do so. Let’s start today. We can begin with open discussions about the nude photos being sent around school, about the fake accounts being set up, about the digital footprint, and about the right ways to use technology. You can even tell them about Brian and the ways that technology destroys relationships if you like. In truth, I’m sure you have your own story and it’s much worse than Brian. We all do. So let’s raise a generation equipped to do better. 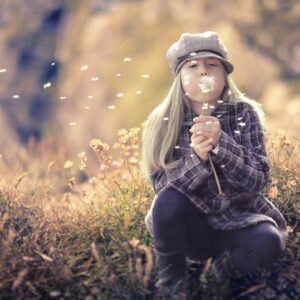 What I Learned After Killing My Flowers 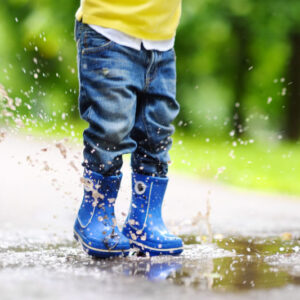 There’s Sweetness Inside These Rowdy Boys, Too 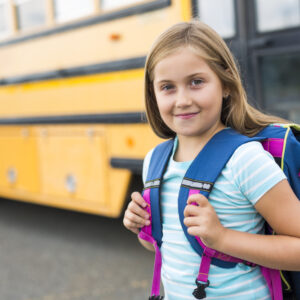 What I’ve Learned After 57 First Days of School 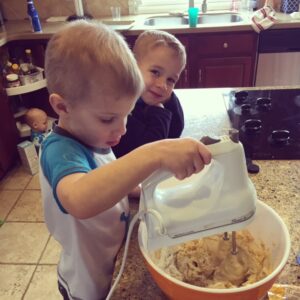 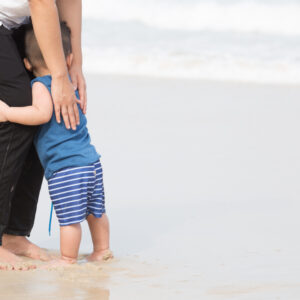 Helping Our Kids Face Their Fears Takes Patience and Understanding 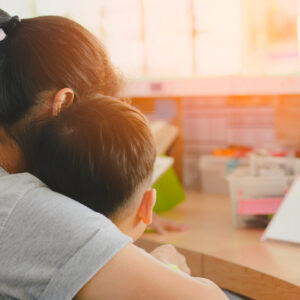 I’m an Imperfect Mother; What if That Makes Me Perfect For My Kids?