The annual See You At the Pole event was coming up and the coordinator asked me and two of my friends to sing the national anthem. I was so excited. We practiced for almost two weeks ensuring our harmonies and pitch was perfect for the event. When the time finally came, we sang and everyone was so proud, and so was I. I was proud to stand by our American flag pole, sing our national anthem and prepare to pray together as a school.

In recent news, we have witnessed many things that can cause us to question the morals and values of this country. As a resident of North Carolina, the shooting and rioting in Charlotte is enough to make me ask questions too. We have also seen the latest story of a NFL player, Colin Kaepernick, sitting down during the singing of our nation’s anthem as a results of such tragedies as these.

According to NFL media reports, his reason for this is : “I am not going to stand up to show pride in a flag for a country that oppresses black people and people of color. To me, this is bigger than football and it would be selfish on my part to look the other way. There are bodies in the street and people getting paid leave and getting away with murder.”

While I agree that it would seem that there are more and more reports of people of color being killed in police encounters senselessly, does that mean it should be okay to sit during the national anthem?

If every race that has ever experienced injustice sat during our national anthem, there’d only be one standing.

Historically, African Americans, Japanese, Chinese, Jews, Mexicans, mixed races, (should I continue)- have all experienced racism in the past or present. 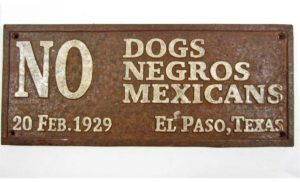 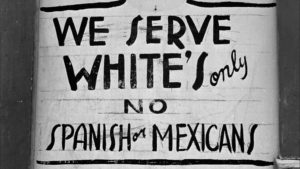 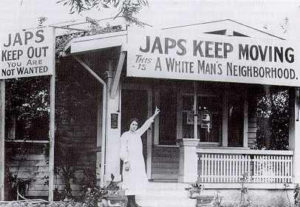 These are reminders that we, African Americans, are not the only ones who have suffered as a race.

Now, this is not an excuse by any means for the current happenings, only a new perspective to consider. African American people weren’t just slaves. Some of us served in the Union army during the Civil War. There were great men who died during World War I and II. Ever heard of the Tuskegee Airmen? I am sure they stand every time they hear the anthem. There are people who understand that the flag means more to them than current trending news. It is about what this country means, what the song ultimately stands for. Right now there are people who have to attend underground churches, hide Bibles under their clothes, and if caught will be killed instantly. We aren’t faced with that in America.

I know, black men and sometimes women are being killed by police officers. So are young white men. The issue isn’t just race related. There is clearly a disconnect. But it has nothing to do with singing or showing respect during the national anthem.

So why do I stand proudly when asked during the singing of the national anthem? It is about respect. Respect for those who came before me to lay the groundwork so that I could experience the freedom of America.

I stand for my brother. He served 20 years in the U.S. Marine Corps.

I stand for my grandfather who fought in WWII.

I stand for my friend Earl, who is currently stationed in Qatar.

I stand and wear a yellow ribbon for my sister, who died after joining the Army after a few short months.

I stand for all of those who have served, are serving, and those whose lives were lost in war for the freedom we all take for granted.

I get just how hurtful it is to turn on the television and see another story about someone being killed by the police. It’s even harder to try to explain to your children. My daughter asked, “Why they kill that man?” as I was watching the video of Tulsa shooting of Terence Crutcher. All I could say was, “I don’t know.” I can’t explain to her why these things are occurring, but I can tell her about the good things. I can also teach her how to love no matter what. If I dwell on race issues and injustices all the time, that could carry over onto my children. I don’t want to raise them in hatred, but in love.

My kids and I faithfully wear our red, white, and blue on the 4th of July. We light sparklers and cook on the grill. I also remind them of what their uncle and aunt sacrificed for the ability to even celebrate. So yes, I will stand during the “Star Spangled Banner.” I will continue to stand because my sitting will not keep these killings from happening. I can only hope and pray that one day we can all understand the meaning behind the words of the song and what it means for our nation.