When I was pregnant with his baby sister, Forest kissed my belly and talked about all the wonderful things he would do with this little girl he already loved so much.

His plans changed, however, after she was born, and the thing he wanted to do the most with her was place her gently in the trash can.

Two and a half years later, Forest’s feelings toward Grace remain about the same.

He loves her at 9:45, but then at 9:46 they are having a fight because he insists on looking out her window in the car, and she insists on giving him a good smack for getting too close, which in turn, makes him get even closer and then Daddy threatens to pull over and stuff . . .

RELATED: My Kids Fight Because They’re Figuring Out How To Love Each Other

Later in the day, they will each stand on either end of the hallway and take turns giggling and running into each other’s arms in a loving, blissful embrace that would make a great commercial for some kind of medicine with horrible side effects.

You know, the kind where a grandpa is tickling a toddler on the rug while a lady in the background casually says,

“Darnitol is known to cause simultaneous liver, heart, and kidney failure . . .”

(Blissful family strolls through the park.)

They really know how to tug at the heartstrings, those drug commercials.

Anyway, back to Forest.

I really should read Siblings Without Rivalry, but ain’t nobody got time for that lately. I told Graeme we should write a book called Siblings With Rivalry because we’ve achieved that very well. The first chapter would be titled “Have More Than One Child” and then it would end.

It was on a particularly sour day that Forest was reflecting on how his life has deteriorated ever since Grace started living outside of my uterus.

She was taking a nap and Graeme and I were preparing lunch while Forest sat at the kitchen table, with a sorrowful look on his face, torn clothes, and a little pile of ashes on his head.

“I wish there was only one boy in this family.”

“Um. There is only one boy, Forest. Chica is a girl,” replies Daddy.

“I’m serious! I wish I was the only kid in this family.”

RELATED: Should You Stop Sibling Rivalry?

Graeme turns around and now, not absentmindedly at all anymore, says, with that gaspy, shaky sort of voice that comes from true shock:

I turn around just in time to see Forest, that forlorn fellow, with his right elbow resting on the table, and air surrounding his middle finger on all sides.

There’s no mistaking it.

It’s sticking straight up, like Katniss volunteering as a tribute, and he’s staring at Daddy right in the eyeballs with a bit of a scowl.

Graeme looks like he’s about to lose control over a couple of important bodily functions, like speech and one other. He’s just frozen, staring at Forest with his mouth open.

Well, well. What have we here?

What if he doesn’t know that’s a bad thing to do and we accidentally teach him? My friend Charissa can testify that this approach is sure to backfire in public. Her cute little four-year-old (now in her teens and an entirely respectable citizen) heard the teacher say “Shut up,” which was in the story she was reading to the group of kids, and she stopped story time to give her teacher a lesson.

RELATED: My Spirited Child is Not “Bad”

“Shut up is not a nice thing to say,” says little Hope. Then, with everyone’s eyes still on her, she raises both hands and gives the entire Tulsa, Oklahoma Christian Homeschool Co-op double middle fingers: “And we should NEVER DO THIS!”

Fearing Forest might give Pastor Dan a friendly reminder never to flip someone off, like this, I decided to take a different approach.

“Hey, Forest, what happened to your finger?” I ask, real casually.

Graeme begins to thaw out and is trying to control a belly that wants to shake like a bowlful of jelly in hilarious relief. He turns to me and says quietly, “Good thinking, Mama.”

Forest couldn’t figure out what we were still laughing about five minutes later.

He realized a few days after this that he really does love his sister when they played at a friend’s house and one of the kids made it his life’s purpose to terrorize Grace. Indignant, Forest later recounted all the offenses and wrongs HIS SISTER endured at the hands (and boots, too, from what I gather) of this young fellow.

The following morning he came to snuggle on my bed and as he lay there, thoughtfully looking at the ceiling fan, he said, “I would like another baby sister. And a baby brother.”

RELATED: Dear Firstborn, Your Sibling Will Not Replace You

“Is your uterus gonna fill up again?”

Enna Shoebridge is a lady with a few white hairs and lots of blue and white dishes. She was born in Mexico City and now lives in a California almond orchard with two little kids, a very nice carpenter husband, and 19 chickens who were still alive as of this writing. We'll see how that goes. 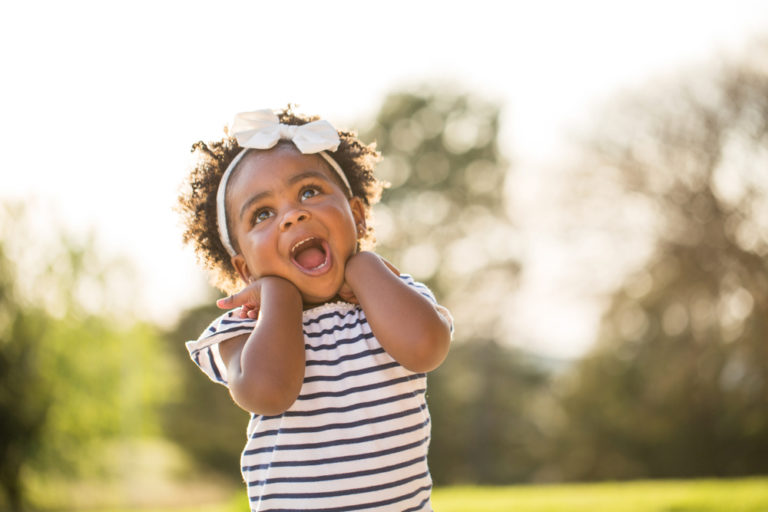 While the sentiment of the popular meme is nice, your coffee will never be stronger than your toddler. You will belly laugh at things they do . . . the first three times they do them. The next 483723 times they do the same thing you will spend perfecting your fake laugh. There will be times you think your child is a genius. There will be other times you question how his brain works. Preschool moms can be intimidating. Make an effort anyway. Who knows? They may be intimidated by you as well. People who gift your child puzzles probably don’t...

When God Gives a Girl a Brother 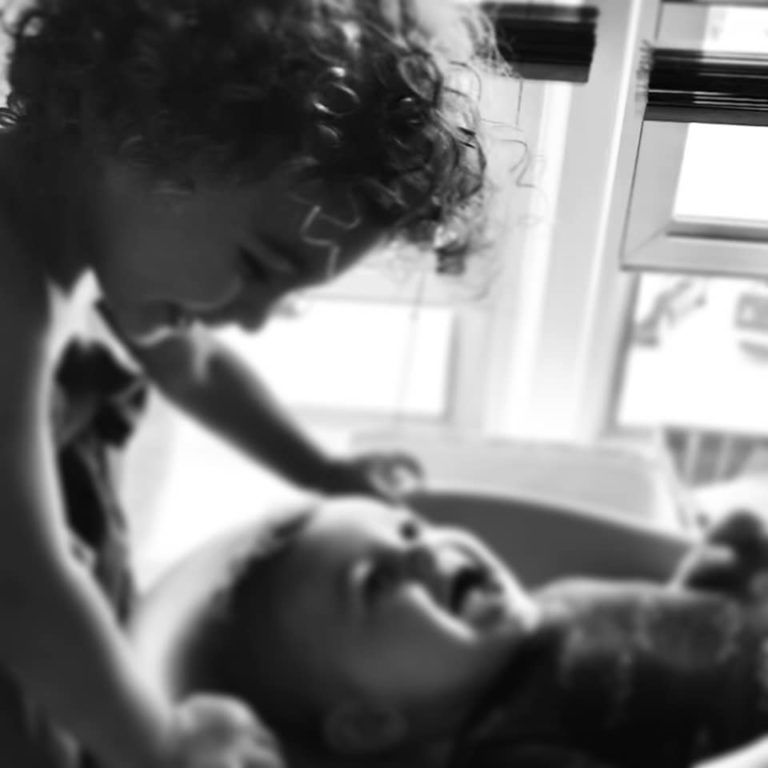 Dear Stepmom, You’re Allowed to Grieve the Parts You Missed

Dear Stepmom, You’re Allowed to Grieve the Parts You Missed 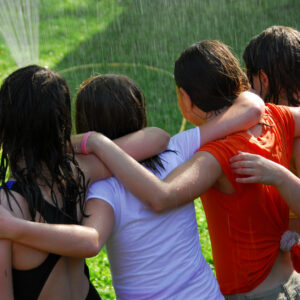 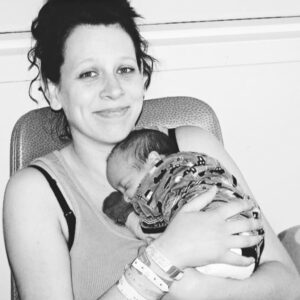 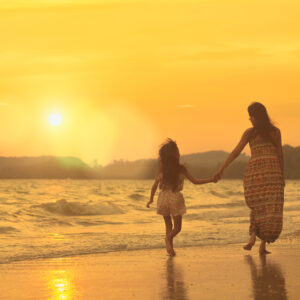 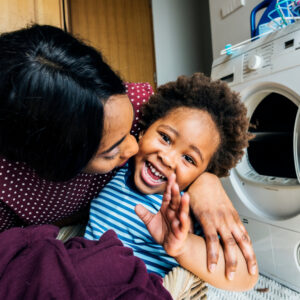 Having Hard to Handle Kids Points Me To God 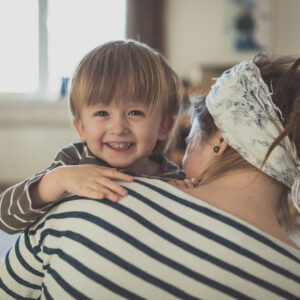 Stop and Smell the Spoiled Milk 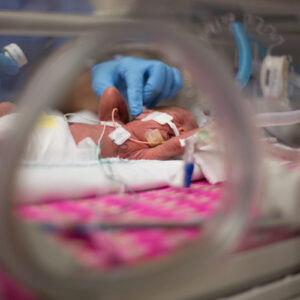 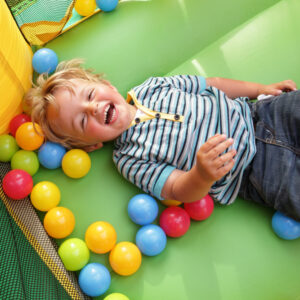 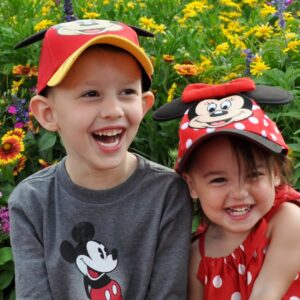