This Winter Could Be Long, But We’ll Get Through it Together

“Mommy, why isn’t anyone outside?” my 7-year-old asked as she walked through the garage door—and I felt every part of it.

After everything was canceled and postponed back in March, our neighbors all quarantined for a week or two of isolation. After no symptoms showed, we began to pull our lawn chairs out again and let our kids cling to one small shred of normalcy and play at a distance because ain’t nobody was going anywhere.

A true community was built over trampoline and firepit parties, over radical availability and letting our non-makeuped guards down that, without a doubt, none of us—parents and kids alike—will ever forget.

But now, as the darkness descends at what feels like 5 p.m. (thanks, Daylight Saving Time) and 40-degree evenings fill the air, that normalcy has begun to be stripped from us.

Adults filling driveways after work in camping chairs over mixed pitchers has morphed into everyone staying warm inside because there’s only so long a hot Yeti beverage can last.

This happens every year, of course, when late fall hits.

But this year it feels different. Ominous, really.

Other winter activities we usually replace outdoor play with – the children’s museum, kid’s basketball games, holiday parties, etc. – may be non-existent as we err on the side of safety.

Those awkward Zoom calls with everyone interrupting each other and saying, “No you go first!” will assuredly return and, if spring was any indication, they won’t measure up—and I’m worried.

One thing 2020 has reminded me, though, is that we are resilient people.

I know this all too well. After a serious stroke severely impaired the use of my dominant hand, I had to adapt if I ever wanted to write, type, or tie my shoes again.

As my dominant hand began to cramp and convulse while I tried to write in physical therapy, I was angry. I was angry about what I had lost.

I was scared. I was scared I would never be able to write better than a kindergartener again.

I began to use my non-dominant left hand as writing speed was 3X as fast, even if my hand looked like I’m a pirate hooking the pencil.

A few years later, I tried using the dominant right hand again. It was frustratingly slow. It was wobbly. But I knew it would get to a point when it was too late to adapt to my new normal and I would be the awkward pirate-hook girl forever.

Now, 10 years later, I’m an ambidextrous queen who writes with my left hand on the left page and my dominant hand on the right.

I learned, as we all have this year, that when presented with great challenges, plan B is better than nothing at all.

I’m sure you have similar stories of pivoting when life gives you no other choice.

During this pandemic, maybe you’ve worked full-time from home while teaching the kids over lunch breaks or meal planned like a boss using what’s in your pantry and freezer when your salary was furloughed.

If 2020 has taught us anything, it’s that we’re incredibly creative people who, push come to shove, can (and will) find a way to make it work.

We’ve seen major television networks film at a distance and offer remotely recorded singalongs we’re all counting down to.

This Halloween, people left candy on their lawn using yard flags. They distributed candy down PVC pipes. We figured it the heck out and I have no doubt we will continue to do so.

And that’s why I’m choosing hope.

Rather than despairing about how isolating winter will be, I’m hopeful for heated one-door-up garage fellowship and online board games played with friends we haven’t seen in years around the world.

I’m hopeful for visits with great grandparents on their nursing home balconies or as we teach them to use FaceTime on devices we gifted because we miss their sweet faces.

Just as we have over the past warm nine months, we’ll creatively adjust to the next colder three.

And when the buds begin to pop on the other side of ice and snow, I can’t wait to look back and be absolutely amazed at how creatively we made this pandemic winter, this Plan B, into something truly beautiful.

If you’re scared of what these next few months will hold, have hope.

Prep what you can (space heaters and inflatable hot tubs, say what!), brainstorm how to gather safely with your crew in advance, and know, without a doubt, we will figure this out together.

“You Are Loved.” A 16-Year-Old Girl and a 95-Year Old Stranger Form a Friendship That Will Warm Your Heart 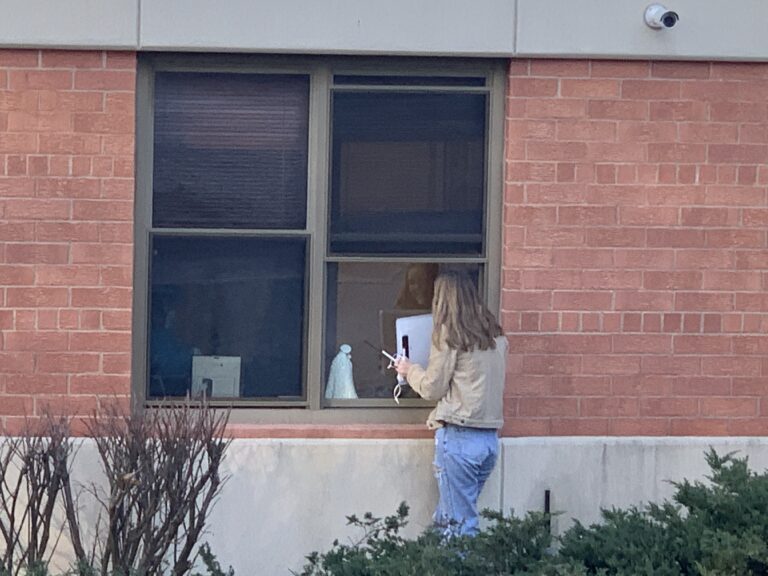 This right here is love. What began as a simple handwritten note to a local nursing home with the phrase “you are loved” has turned into months of writing letters each week.  In a time where Instagram and TikToks have taken over the lives of many teenagers, handwritten letters sent via snail mail are now popular with my 16-year-old daughter and stamps are back in demand.  Social media has not been fully replaced by letters, but what a blessing it is for her to take a step back in time and just slow down.  When the pandemic caused a shut...

The One Thing Skinny Girls Wish You Knew 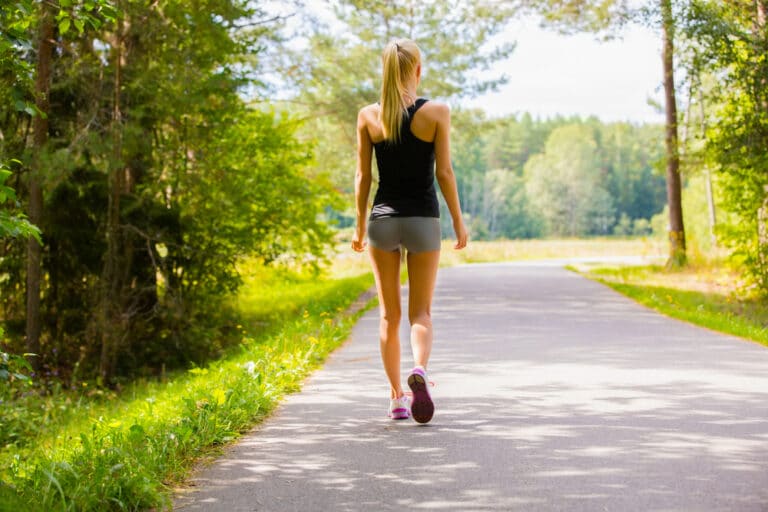 As a lifelong “skinny girl,” the truth was that until recently, I was ashamed of how I looked. Being skinny might sound ideal, but to me, it was a curse. It was the genetic trait I hated most about myself. Not disliked. Hated. I was a late bloomer. Boys weren’t interested. Jeans never fit right because I didn’t have a butt to fill them out. Bras? Please. They were an accessory rather than a necessity. I felt repulsive in a bathing suit, with my hip bones jutting out and my non-existent cleavage. I just wanted to look like everyone else....

What Mid-Life Crisis? Turning 40 is Everything. 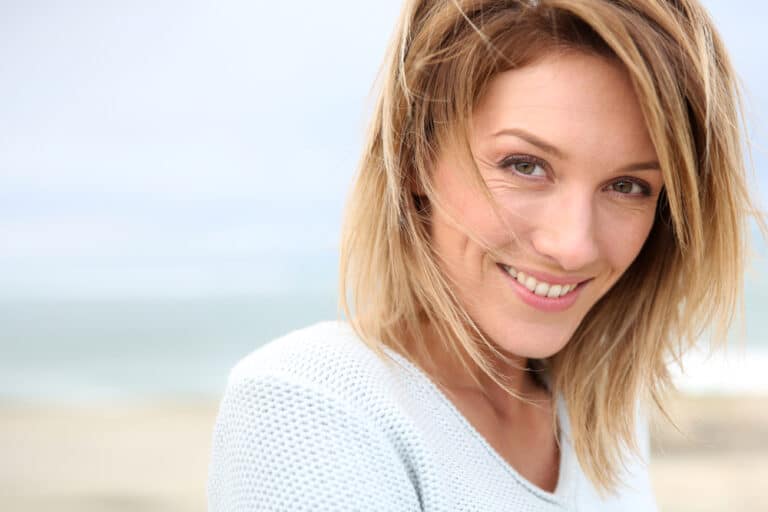 I turned 40 and something woke inside me. Some turn 40 and have a mid-life crisis. I believe I am experiencing quite the opposite—a mid-life awakening. This may mean different things for different people, but this is what it means for me. RELATED: I’m in My 40s and Finally Hitting My Stride It means understanding the value of time and only wanting to spend it with people who make me happy. It doesn’t matter if you’re someone I once considered a friend, a toxic family member, or a disgruntled co-worker—if you’re constantly negative, I will distance myself entirely. I am... 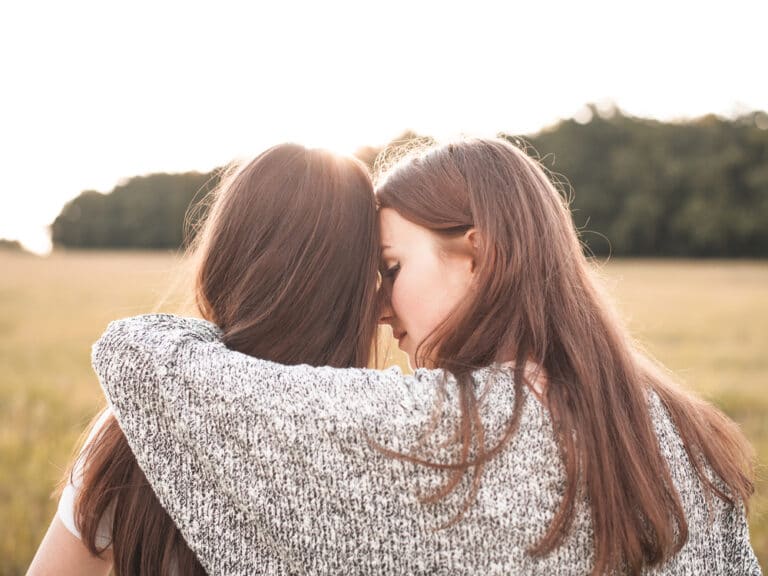 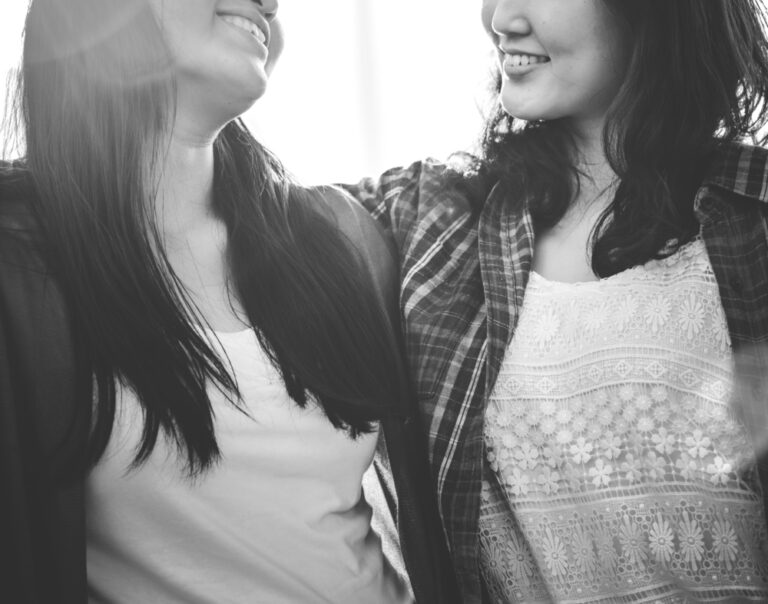 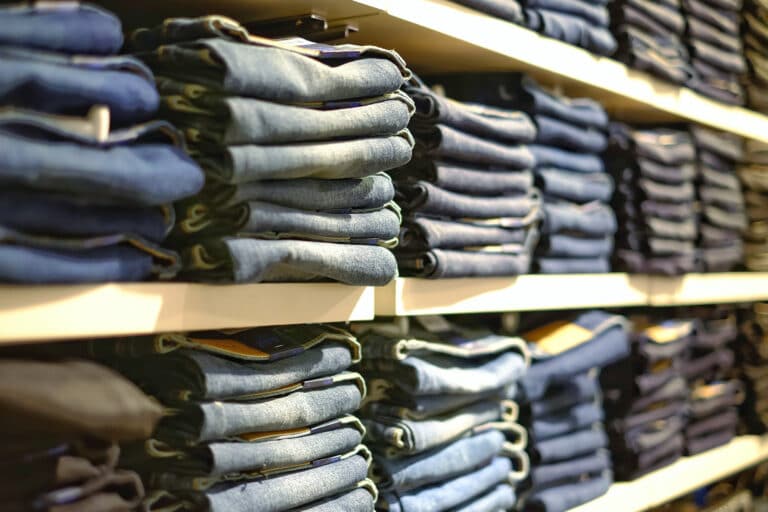 If you know me personally, you will know that my two teenagers do not have social media. They have smartphones, but no Instagram, TikTok, Snapchat, or anything else. This is a decision I have made to keep my kids mentally and emotionally healthy. It is the right decision for us, but it doesn’t mean that it’s the right decision for your family and your children. But. For the time being, it does mean I don’t have to worry about my 14-year-old daughter jumping on the latest trend to garner new social media followers: leaving social media “business cards” of a... 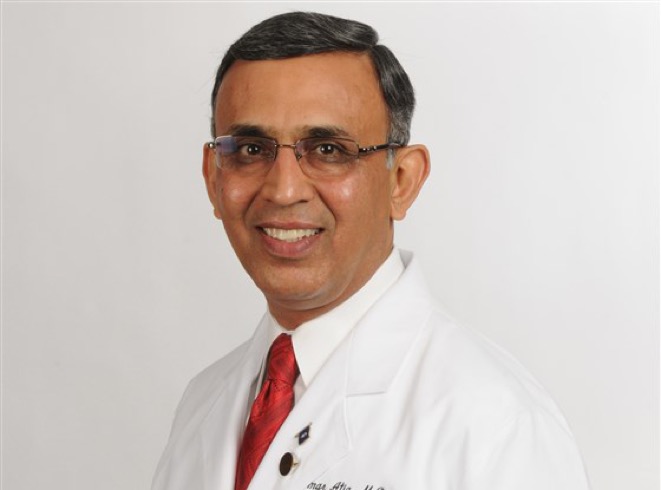 Just as our hearts began to reconcile that 2021 may just be 2020’s bigger and meaner sister, we were hit right in the feels to remind us that humanity is not doomed. The past 10 months have been a doozy. We have had to adjust in ways we never imagined possible, and live life in near solitude just to keep us and our families safe. Even within the small social bubbles we eventually became accustomed to, there is still a group of people who have to continue to be extraordinary solitary to ensure their survival. That group is filled with... 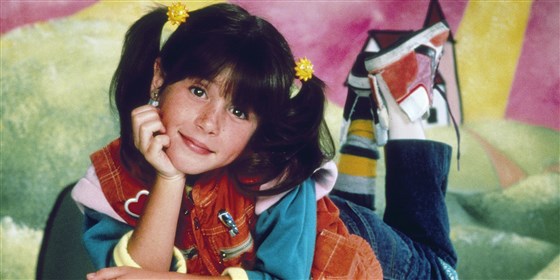 As a kid growing up in the ’80s, I was obsessed with Punky Brewster. I mean, she was a spitfire. She had her own unique style and approach to life. Everyone loved her (except for maybe her rich-girl classmate Margaux). And who could forget “Punky Power!” Despite the initial low ratings, the series was a huge hit for kids and often addressed real-life issues such as the “Just Say No” campaign and the Challenger space shuttle disaster. I grew up in lock-step with Punky. I watched as her pigtails transformed into a more mature tween/teen look, and the show continued... 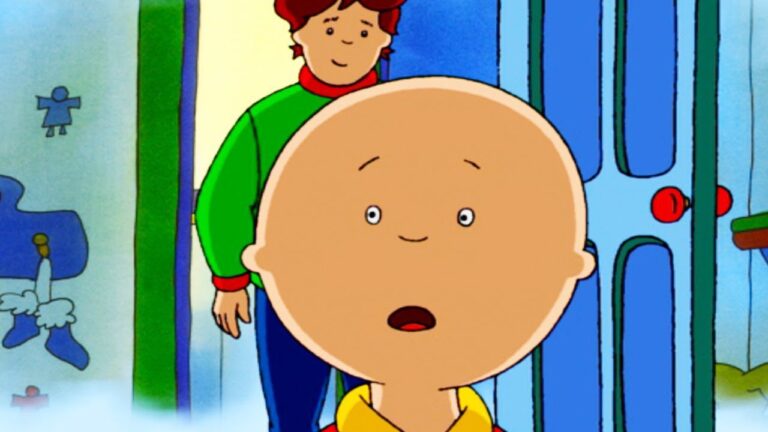 Gather round, fellow child-raisers, and join me for a moment of silence twenty-unbefreakinglievable-three years in the making: That whiny, inexplicably bald, perpetually petulant preschooler Caillou has been canceled.   And all God’s parents said, “WHAT TOOK YOU SO LONG?”  PBS casually dropped the news this week that the long-running children’s show (the first episode aired on television in 1997!) best known for torturing parents with a 4-year-old’s tantrums and incessant whining was getting the axe:  …It just means we get to say hello to something new! Here are tips for what to do when your child's favorite media goes away:...

She Says Hello From Heaven

She Says Hello From Heaven 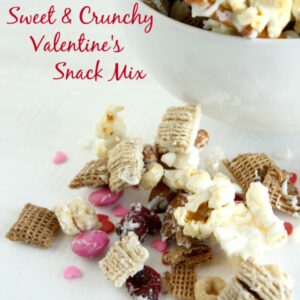 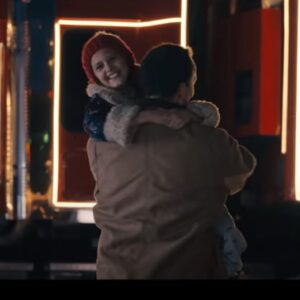 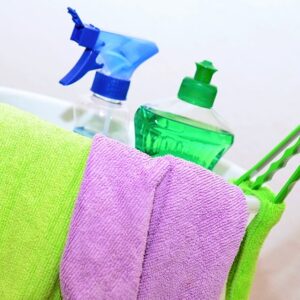 11 Habits To Maintain A Clean Home 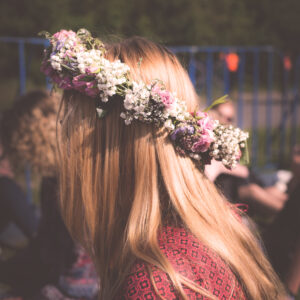 How to Have Succesful Friendships: Lessons Learned From My 20s 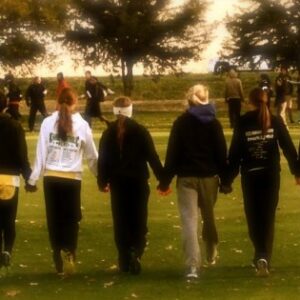 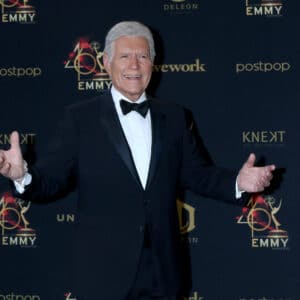 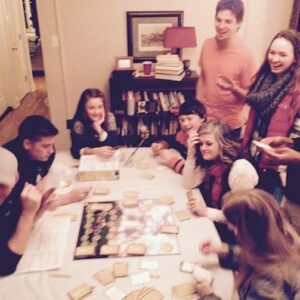 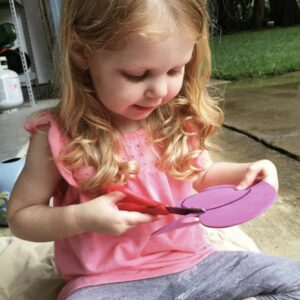