As I sip my beverage and watch my girls play with neighbor friends from my lawn chair, I think to myself, “What a wonderful corona world.”

One neighbor brought the kiddie pool and desserts, another hosted and grilled, and we brought Igloo coolers with kid and adult-friendly drinks.

We pulled up our lawn chairs spread six feet apart, as we’ve become accustomed to doing and rocked out to ’90s jams while the men cracked on each other and the moms shared recipes and life.

Our kids switched between swimming, playing “family,” and running themselves ragged riding scooters and bikes up and down the block . . . early bedtime, say what!

These neighbors? These people from my block of all different backgrounds, colors, and denominations?

They’ve become my corona people, and I am so, so thankful for them.

“Are any of you quarantining with another family?” a friend from high school recently asked on a Zoom call as we caught up.

“Absolutely. My kids and I would be unbearably stir crazy if we didn’t have the option to play outside with neighbors.”

RELATED: Dear Neighbor, We’re in This Together

If you’re judging me for letting my kids play with other people, I get it. I really do. But these people, these neighbors and friends, have been in our safe bubble that many of us have with grandparents or babysitters from day one.

After everything was canceled and postponed some three months ago, we all quarantined for a week or two of isolation. After no symptoms showed, we began to pull our lawn chairs out again and let our kids play at a distance.

All of us were working from home, Lysol-wiping groceries delivered or grabbed while sporting masks, and limiting social outings just as much as everyone else in the world.

We decided to cling to the one shred of normalcy in our weekly schedule—playing with neighbors—and have begun to ramp it up to daily because ain’t nobody going anywhere. 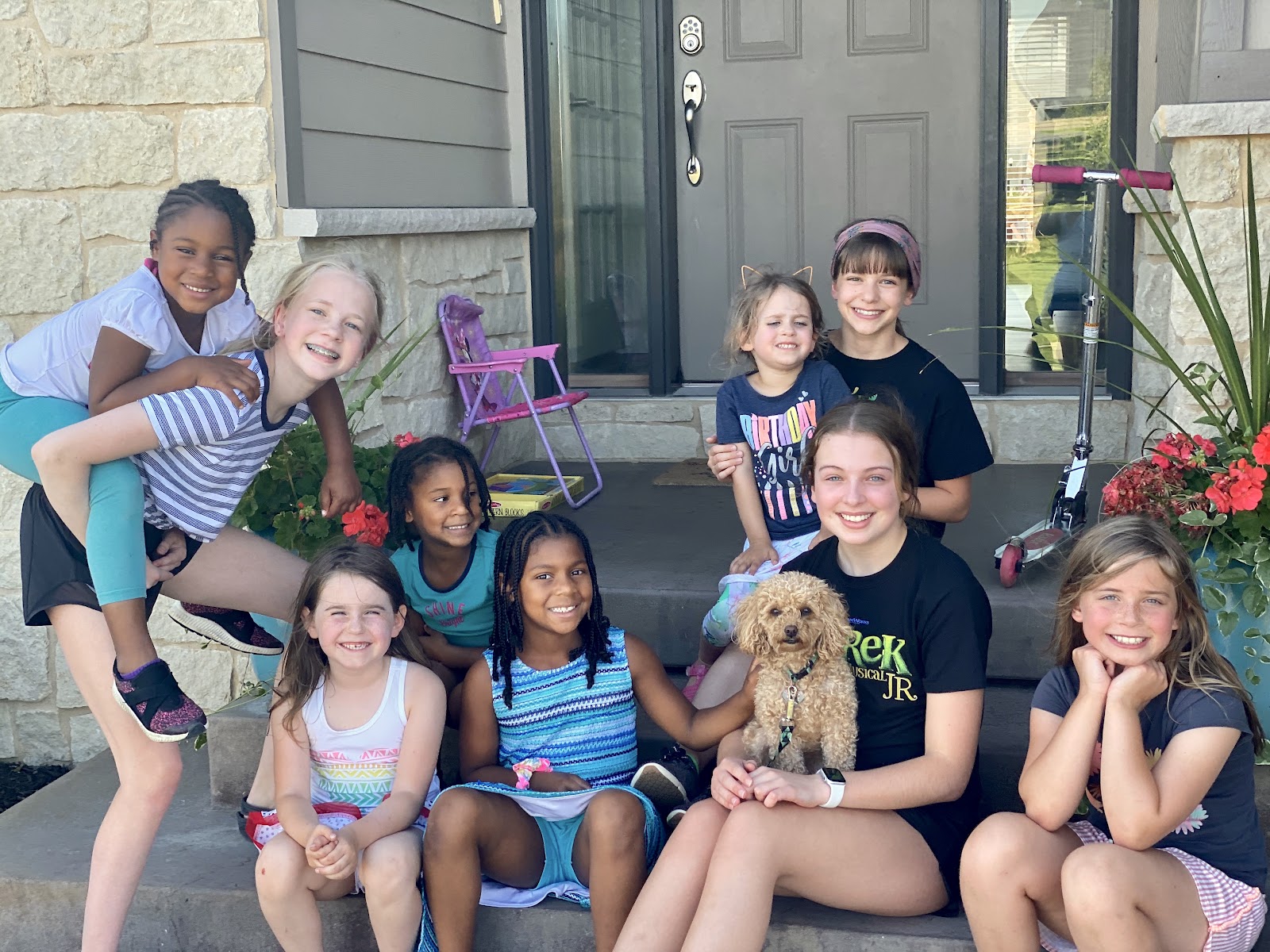 If you’re seething with envy your neighborhood isn’t as happening, boy do I get that, too.

When we first moved in, I was lamenting how many families were confined to their fenced-in backyards and closed garage doors—hello suburbia—so much, I hosted drinks in the driveway to try to giddy up the community into gear with another neighbor . . . it didn’t work.

But now, some four years later, we’ve built a nightly driveway gathering with certainty we’ll all, adults and kids alike, look back on with fondness in years to come.

Before you check out because your neighborhood of old people or hipsters will never gather round, let me assure you anyone in any type of neighborhood with or without kids can build their own little block party. Here’s how:

Step one, show up.

When we were still unpacking boxes, a set of neighbors knocked and introduced themselves with their kids, a carton of cookies, and their numbers if we needed anything. I thought that was awesome, and we’ve become friends since, but typically every neighbor doesn’t come over with baked goods, and you have to do the initiation to meet them.

RELATED: My Kids Are About To Relive the Magic of My 1980s Summers

For us, we are driveway dwellers. We live on a corner lot and have found the best spot to watch the kids play (and meet people) is from our lawn chairs perched between water tables and scooters. In our last house, we had a front porch that worked too, but I think there’s something more inviting to walkers passing by if there aren’t porch or back deck barriers between the introductions.

“If you ever see us playing outside, feel free to pull up a chair and join.” This has become my coin phrase when I meet people from the driveway. They know the offer always stands to come over if they see us, which breaks down the, “Oh I don’t want to bother them,” neighborhood mentality many of us find ourselves in.

If someone just moved in with kids, share your daycare contacts and camp ideas. If you make cookies, double the batch to run over to someone you don’t know yet. If someone comes over, offer them a beverage.

In other words, be good people and neighbors will want to come back.

It’s so easy to take not absolutely clicking in the first hangout as a sign you shouldn’t hang out again. Don’t. Some conversations are awkward, sometimes you feel like you have nothing to say. Show up anyway. Keep on pulling out the chair. Keep on saying, “Hi! How are you?” Keep on showing up.

I’m so thankful for these neighbors who have really become my corona people. They’ve baked treats to share, had us over for dinner, invited our kids to trampoline and slushy parties, and even hosted my birthday gathering in their backyard.

We knew each other before, sure. But there’s something about our radical availability that has truly let us come as we are and be more present in this bizarro point in history we find ourselves in.

Now more than any other time, with activities and camps and trips canceled, we’ve been given the time to step outside our 2,100 square shells and show up. Pull up a chair and join me.

You won’t regret it.