Blackberries in the Dark 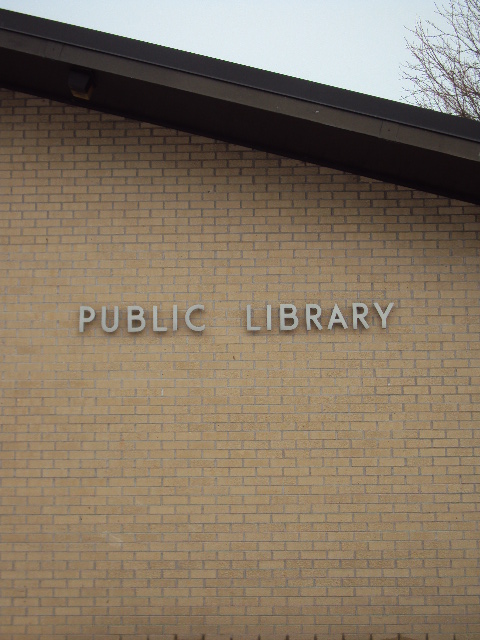 What’s better than the smell of a library book?

There is something magical about the yellowed protective cellophane cover and the crack of the binding as you open an old book. Dig your nose into the spine and the scent is always familiar; a little musty and sweet. I loved when library books had a check out card nestled into a parchment sleeve on the backside of the cover. You could see who had checked out the book prior to you and in a way it was a primitive form of social media. You were not only checking out a written story but you were connecting with people of similar interests.

When my brother and I were growing up, my Mom was a champion of books and reading. It was something we were required to do on a daily basis and as a result we continue to share her passion for reading. As kids, trips to the Holdrege Public Library were frequent and we waited anxiously on the farm for “Sweet Pickles” book deliveries. By the way, “Zany Zebra” was my favorite “Sweet Pickles” resident because he wasn’t afraid to be different.

Since I have been back in rural Nebraska, I have enjoyed the opportunity of rummaging through boxes in my parent’s basement. My youth comes alive as a look through boxes filled with childhood mementos; letters from my German pen pal Simone Merkle… 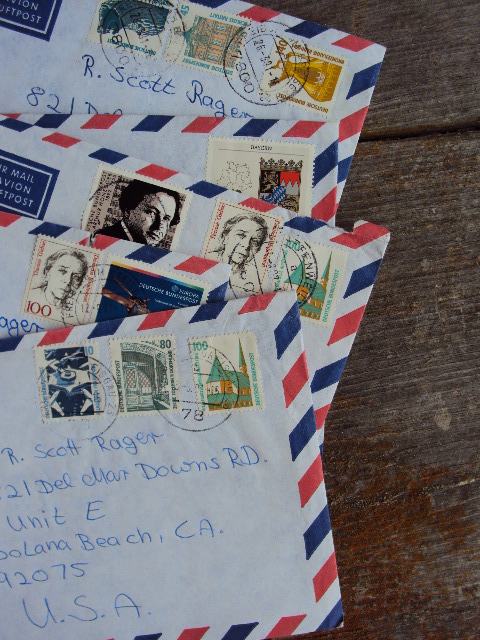 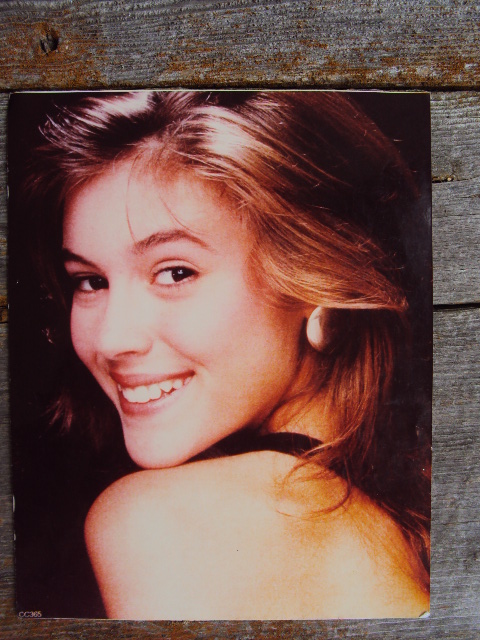 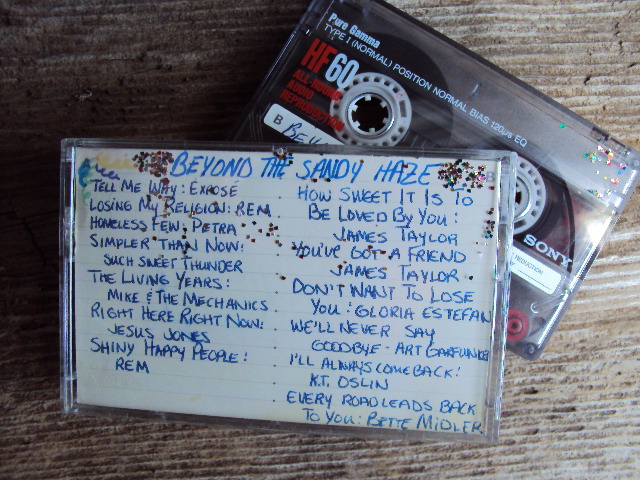 While in the basement, I came across a time capsule of literature.

At the top of the box sat a few books from a special author, Mavis Jukes. 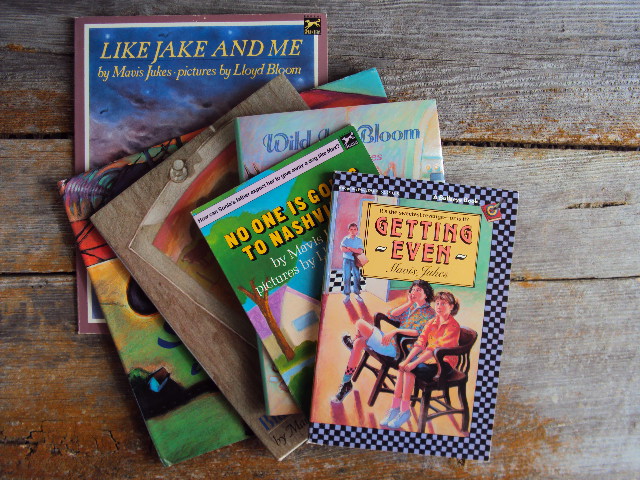 I feel like Mavis Jukes was as much a part of my adolescence as the Teenage Mutant Ninja Turtles and tight rolled jeans. Her words came into my life in a profound way and she taught me to love the art of writing. I first came to know this author as a result of an assignment. My 5th Grade English teacher, Mrs. Daffer gave us a task to write a letter to the author of our favorite book. Like the nerd I was, I took the job very seriously and knew I had to do some research. I went to our public library and check out a few titles that caught my attention. Among my selection was a book called, “Blackberries in the Dark”. 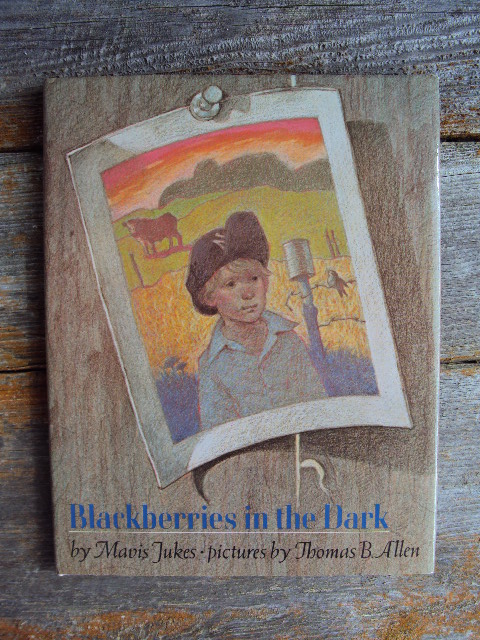 While reading the story I began to cry. It was the first time a written story had made me experience an emotion in that way. I was 11 years old and a book had conjured up feelings that were usually brought about by movies and real life. This was the author I was going to write to!

My classmates and I sent off our letters and weeks passed. I began to realize that the assignment wasn’t about getting a response but rather teaching us the joys of reading and how to draft proper correspondence. I just wanted the author to know how much I appreciated her story.

I came home one afternoon to find a package had arrived and I was the recipient. It was a letter from Mavis Jukes and two signed books that I would never have to be returned to the library. She had written an inscription on the first page: 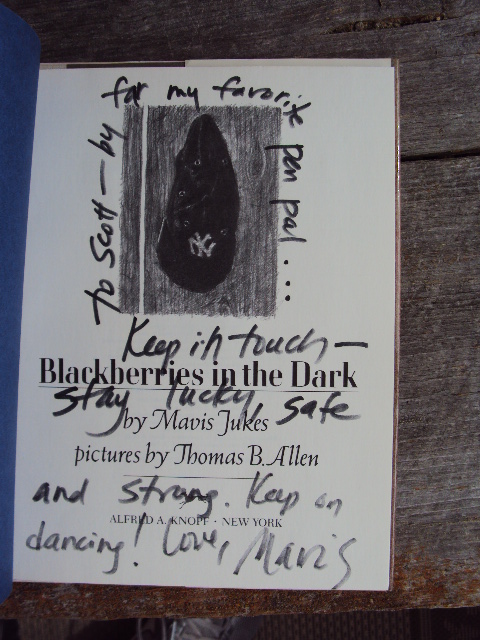 It was a significant moment in my life because growing up in rural Nebraska I dreamed about the world far beyond my reaches. I fantasized about big cities, flying on an airplane, and even visiting Simone Merkle in Germany. Literature always fed that desire to experience life outside of my reality. Now I had sent word out into the universe and someone had responded! I didn’t feel so alone.

In the letter that accompanied the books, Mavis Jukes wrote eloquently about being a writer: 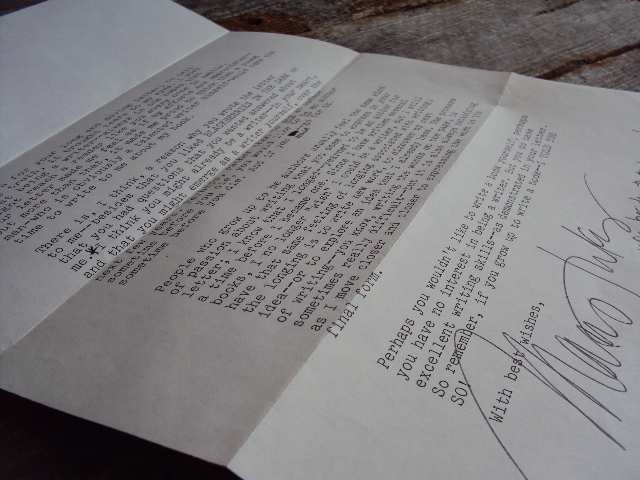 “People who grow up to be authors usually feel the same kind of passion about writing that you seem to express in your letter; I know that I longed-yearned to be an author for a time before I became one. Since I have written several books, I no longer “wish” I could be a writer, but I still have that same feeling of longing associated with writing; the longing is to write new work, to discover the next idea-or to explore an idea that I already have. The process of writing-you know, writing the words to the page, is sometimes really difficult-but it is also always satisfying as I move closer and closer to expressing the work in its final form.”

Her words were paramount; not because she had written back to me but because she didn’t pen a letter geared toward a little kid. We were not corresponding as child and adult but rather as writer to writer. At least that is how she made me feel. I was beaming. 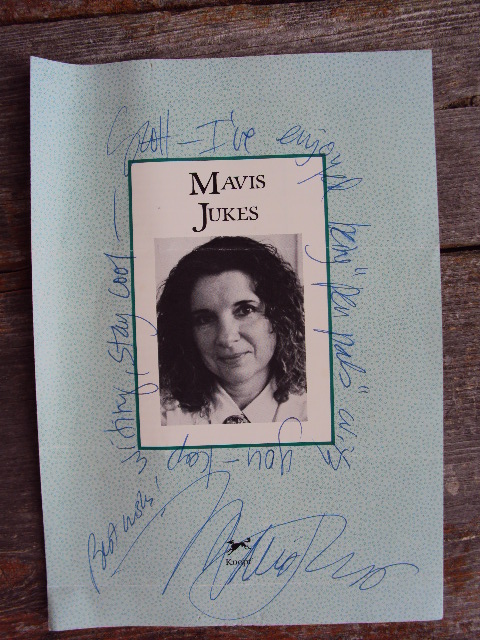 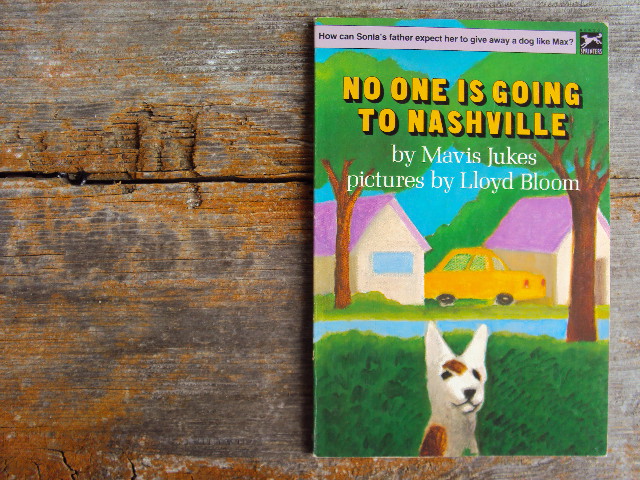 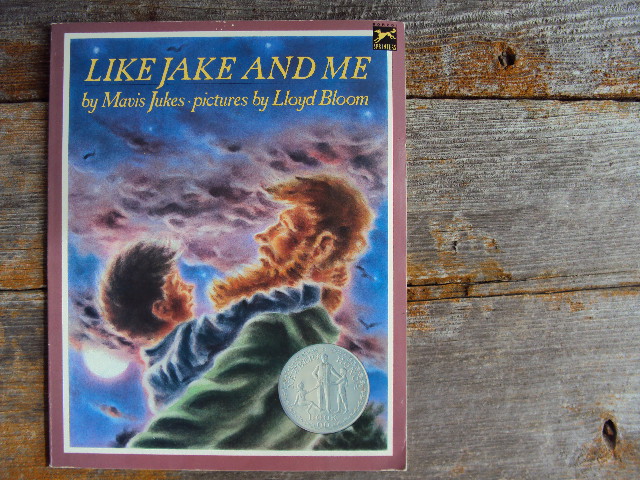 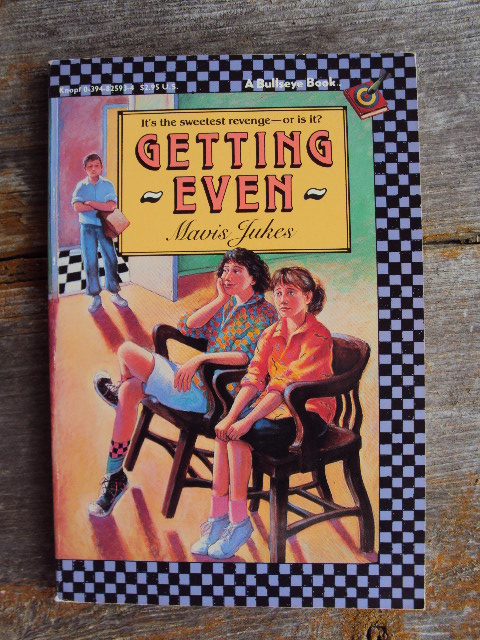 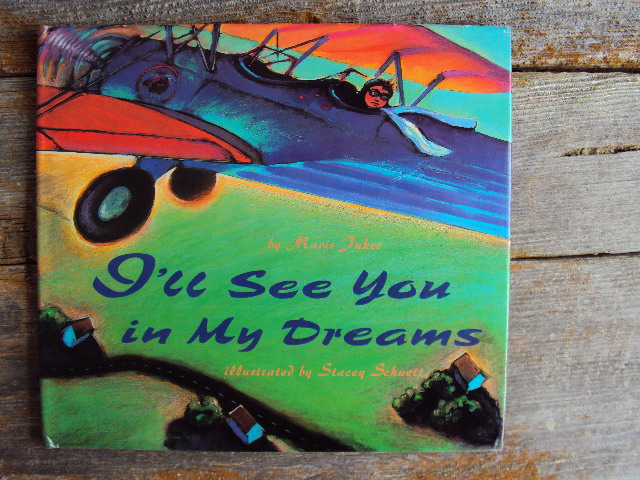 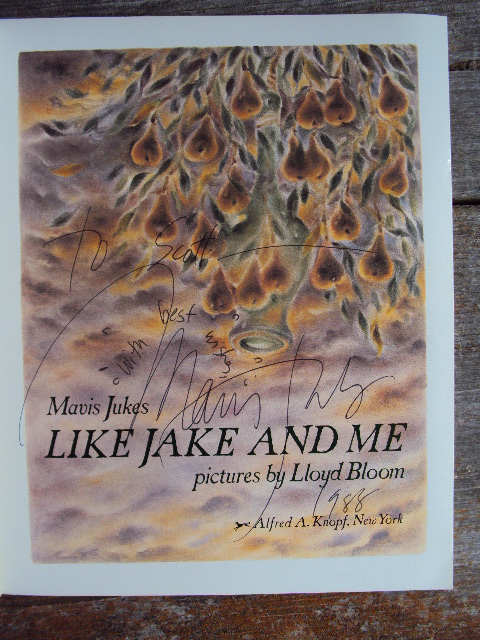 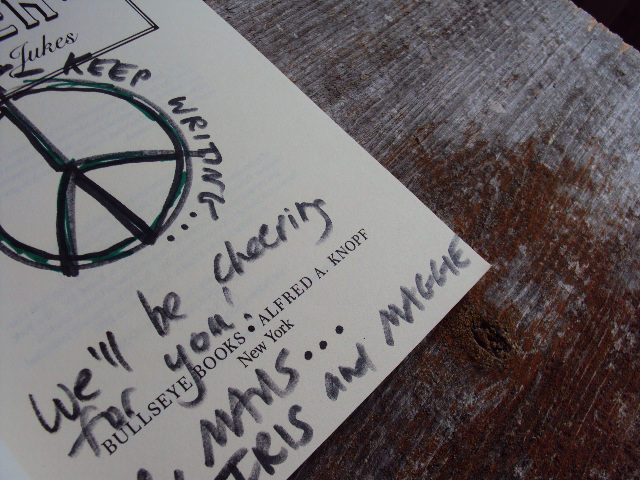 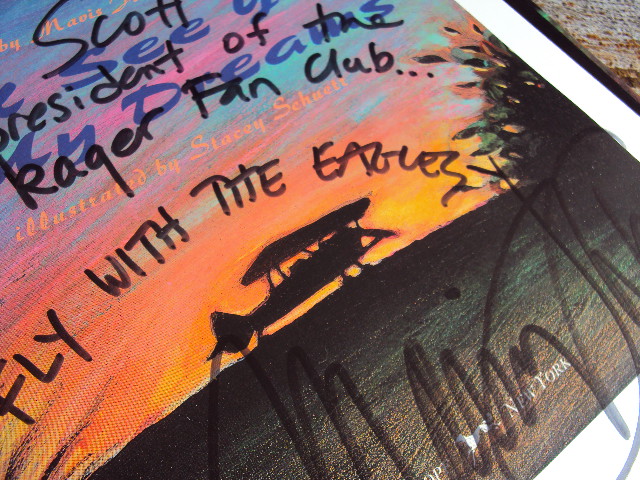 Mavis Jukes and I kept in touch over the years. We would correspond with letters and cards; I would tell her about the trials and tribulations of being a kid and she would respond with updates about her family and the importance of writing. 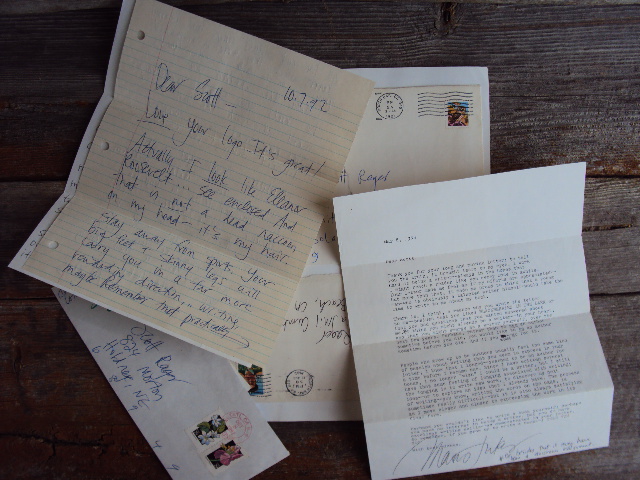 Often times, her envelope was the best part of the experience… 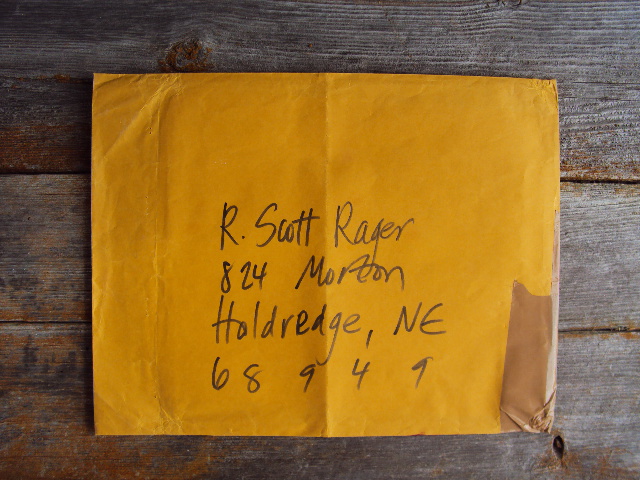 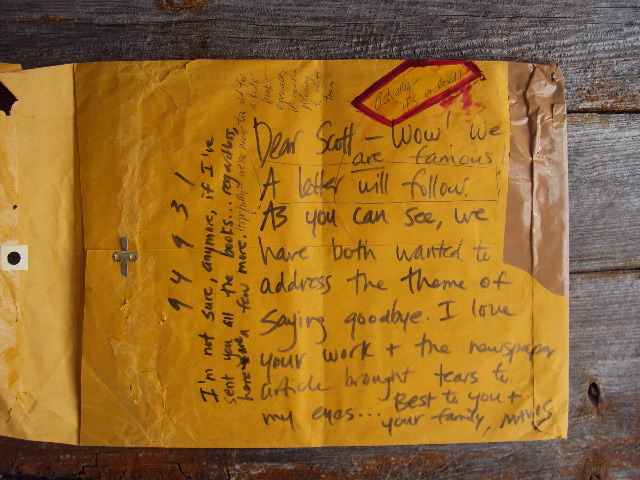 When my family and I moved to Southern California shortly after that class assignment in 5th Grade, Mavis Jukes sent words of encouragement:

“Remember: The same sun rises and sets over Solana Beach that rose and set over your hometown, and I’m sure it will always shine on you. California is an interesting place. But try to remember that you probably know more about what is meaningful in life if you have lived in a small town, so don’t let the “fast” California kids make you feel otherwise.”

An asterisk after those words took me to the bottom of the letter where she wrote:

“Stay away from drugs.”

When I entered those awkward years of adolescence that Mavis Jukes’ books highlight so beautifully, she wrote to me and said:

“Stay away from sports. Your big feet and skinny legs will carry you in a far more rewarding direction…writing maybe.”

And when I must have written to her about squabbling with my older brother she gave me solid advice:

“Cheer your brother on-he needs your support and encouragement along with the rest. You may ‘walk to the tune of different drums’ but nothing NOTHING should get in the way of your mutual affection. His success belongs to you too because you are brothers. Be his biggest fan and when you’re up getting your Academy Award for Best Screenplay or doing whatever you do best, he’ll be there cheering for you.”

She made me feel like words had value; that a book wasn’t just a story but rather an emotional journey. Like most friends from the past, we have lost touch. Every so often I “Google” her name and I sometimes think about shooting an email to her publisher. Then I realize that sending her a note highlighting the rather boring events of my life is not what it’s about. Because she taught me the power of words, the best thing I can do is put my thoughts down in print and send them out into the universe; just like I did so many years ago as a kid.