When I was a new mom, many people prescribed me that elusive concept: self-care.

“It’s important to take time for yourself.”

Not as important as my 24/7 job of keeping a tiny human alive.

“Rest. Sleep when the baby sleeps.”

“Take time to connect with who you were before you became a mom.”

I am so sleep-deprived, I can’t remember my name.

My daughter couldn’t nurse, so my husband and I tube-fed her and I pumped around the clock. She barely slept. She cried constantly. I was frantic about her health and safety.

I was in a permanent state of agitation and fear, my body and mind trapped in fight or flight mode. I explained to my sister why I couldn’t answer the phone when she called to chat: “Imagine my house is on fire. Would you expect me to stop and pick up the phone while I’m putting out flames?”

When my baby was six weeks old, I was still terrified and sleep-deprived. And, like so many American moms, I went back to work. Unfortunately, my return to work did not grant me a reprieve from either my physical or mental prison. I worked from home; my to-do list grew longer, my sources of stress more varied, but nothing else changed.

Eventually, with the help of a therapist, I started to believe that occasional breaks from my tired and wired reality would benefit my entire family, but I didn’t know how to accomplish actual self-care.

On the rare occasion when I found time for a hot bath or a Netflix episode, I returned to a to-do list that was as long as ever and an email inbox even more overstuffed than before I clocked out for my me-time. I was angry at myself for wasting time.

“Crossing things off your do-list can be self-care,” a friend told me, so I tried that. My single quiet hour in the evening was spent returning co-worker’s emails, paying bills, or doing laundry. This approach worked marginally better than the first. I was less stressed at the end of one of these hours, but more tired and resentful.

Things started to change for me when my lifelong best friend visited. My husband kindly insisted that I take a break, so while he and our daughter enjoyed a daddy-daughter weekend, I stayed overnight with my friend at her hotel. It was one of my first nights away from my daughter in her two and a half years of life. My friend and I Uber-ed to a restaurant for dinner, then to an ice cream parlor for dessert.

As we savored our ice cream, the light filling the restaurant’s picture window pushed against the warm darkness outside. I realized I hadn’t seen that phenomenon—bright light and bubbly sound bouncing off a nighttime window—in years. I smiled in quiet wonder, as if I beheld the Northern Lights. Just then, the radio switched to a throw-back hit and several patrons of the restaurant spontaneously sang along:

Well, I said, what about Breakfast at Tiffany’s?

Later, I told my therapist about the sights and sounds of being out at night with a friend and feeling so happy I was nearly weightless.

I made room. I wasn’t putting out flames. I was just living.

Over the weeks and months that followed, I found activities that made room in my mind while my daughter was well cared for by others: surprising my sister at her work for a hug; enjoying lunch and conversation with an old friend; taking a quick walk, then sitting on a bench in the sunshine; dining on coffee and a croissant at a café alone. I identified the connective threads running through these activities: meaningful connection with people I love, peaceful settings that allowed me to turn inward, warmth, quiet.

When my daughter was closer to three years old, we reached an oasis in the desert: the occasional sleepover at her grandparents’ house. The mornings were glorious: waking up on my own schedule, instead of someone else’s; making a cup of coffee and bringing it back to bed; having time to put on makeup; then knocking out several work emails before the day even fully began. I felt shiny and new.

I’m still learning what self-care looks like and how to accomplish it, but along the way, I’ve picked up a few valuable lessons. I know to focus on activities that make room in my mind and quiet the voices of fear. Best of all, I learned to focus on activities that remind me that there is a wide and wonderful world out there, waiting for me and my daughter to explore together.

Erin has two babies, both of which she loves beyond all sense: her work as a lobbyist on behalf of specialty healthcare centers and her daughter. Her writing has appeared in Exceptional Parent Magazine and on Scary Mommy.

Mama, Take the picture, no matter what’s in the background. I was searching through old photos on the computer to find one in particular (to no avail), but the longer I looked, the more my heart filled with joy as I saw smile after smile of my kids in their childhood messes. I went past the formal pictures–the first day of school, the staged family pictures, etc. RELATED: My Angelic Family Pictures Aren’t the Whole Story, but I’m Posting Them Anyway But I lingered on the simple moments–mismatched outfits, messy faces from ice cream, playing in a room with toys...

On the Other Side of Grief, You're Scarred But Stronger

On the Other Side of Grief, You're Scarred But Stronger 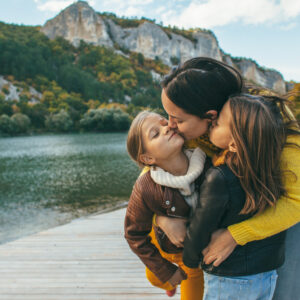 To My Daughter at 9 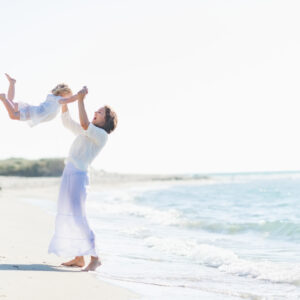 How I Stopped Being a Controlling Mom 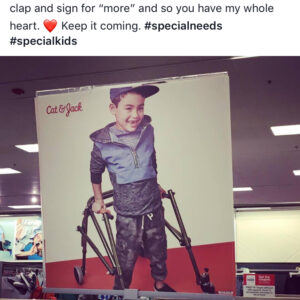 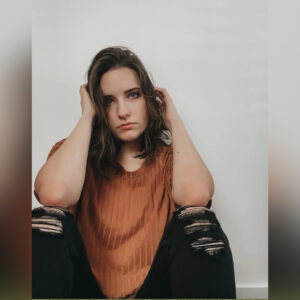 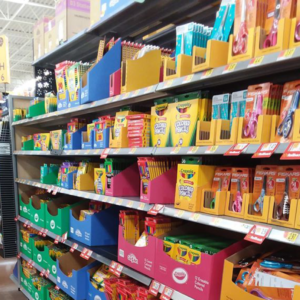 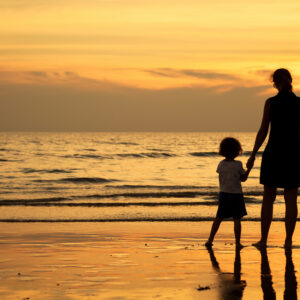 My Daughter Broke the Cycle of Doubting a Father’s Love