Finding Hope Beneath the Blanket of Grief

The grief was exhausting—a thick, wool blanket that hung heavy on my shoulders. Often, I collapsed beneath the weight of it. I lie beneath grief’s layers, feeling like I might suffocate. I struggled to breathe, let alone find the strength to get back up. Knowing your unborn child won’t live will do that to you.

On December 23, 2010, my husband Ben and I discovered our unborn son had a rare birth defect and couldn’t survive life outside the womb. A week later, we arrived at my in-law’s home to attempt to celebrate Christmas. The pre-lit faux evergreen was sparkling and bursting with red and green presents. Savory smells and a hint of sugar cookies hung in the air. The setting painted a picture of holiday cheer, but instead, we were met with a fog of awkward silence.

Ben’s parents, grandparents, siblings, and their spouses had gathered in the living room. Each of them seemed afraid to breathe—hurting with us but unsure of what to say. All eyes stared at the floor, but I could feel them still. Ben and I gave each other a knowing glance—we needed to say something.

It was time to tell them his name.

With our firstborn, we had kept the name a secret—to make sure the name fit and to ward off unwanted commentary from well-meaning friends and family. But this time around, everything was different. We did not have the novelty of time or the ability to know him after he was born. All we had was the present, and so our son needed a name. A name seemed to make our time with him more tangible, easier to connect. A name transformed what felt like a blank canvas to color and shape, personality and purpose.

Before we knew his gender or undeveloped kidneys, Carter was the only boy name we could ever agree on. The middle name took more time and tears. Ben struggled with the idea of burying the baby who bore his name. But we also wanted that little boy and the world to know his life carried weight.

And so, we gave him his father’s name: Carter Benjamin.

Breaking the silence, Ben took a deep breath and shared Carter’s name with our family. I’ll never forget the look on my mother-in-law’s face as she heard we were passing down the name they had given their own son almost 30 years prior. Tears began to well up.

When Ben stopped talking, his grandmother—a wonderfully feisty woman I’d grown to love as my own—walked over to us and handed me a white gift box. She explained, “I had planned on giving this to you after the baby was born, but it felt right to give it to you now.”

I carefully pulled the lid off the box. Beneath layers of crinkly tissue paper was a hand-crocheted, yellow baby blanket. Instinctively, I reached out my hand to touch it. Soft. Snuggly. Delicate and crafted with care.

The blanket lay in stark contrast to the weighted grief wrapped around my shoulders.

Suddenly overcome by visions of what would have been, I sobbed—the messy kind of crying usually reserved for when I’m alone. While initially embarrassed by my lack of restraint, I looked around the room to see I wasn’t alone. The gift and my open weeping had sliced through any awkwardness in the room. The tension gave way to lament. A family who erred on the side of keeping feelings hidden had been given permission to grieve.

Grandma began to apologize, thinking her gift had compounded my pain. But through tears and snot and makeup smeared across my face, I reassured her, “No, don’t be sorry. You did what you would do for any of your great-grandchildren. I wouldn’t want it any differently.”

I held the yellow blanket close and breathed it in, the Christmas tree sparkling in the periphery. And just for a moment, the heaviness of grief lifted, love and lament giving way to hope.

The Baby I Never Got To Hold

Sarah’s story is marked by both deep grief and unexpected grace, both of which have become a catalyst for her as a writer and a speaker. Sarah invites women to lean in to God, right where they are, and to look for Him in everyday life—in the beautiful, the broken, and those seemingly mundane in-between spaces. Sarah lives in Indiana with her husband Ben and four boys.

Through the Doubt of Anxiety, God is Faithful

Through the Doubt of Anxiety, God is Faithful

Why One Child May Be Enough For Me 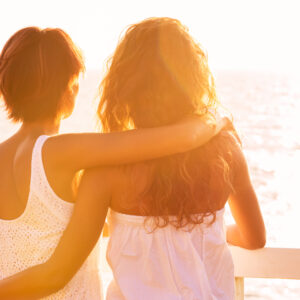 Dear Friends Having Babies, I’m Happy For You Through My Pain 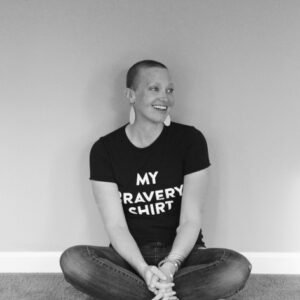 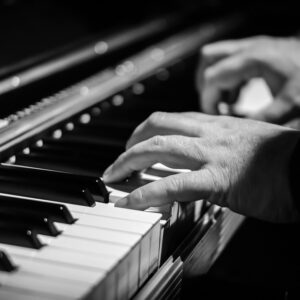 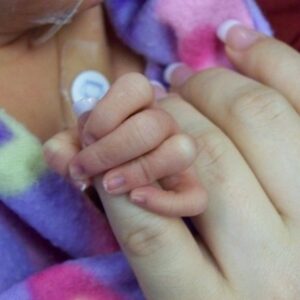 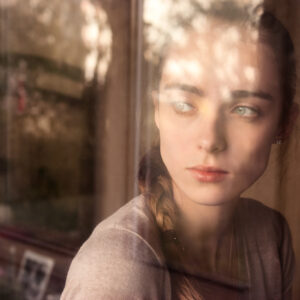 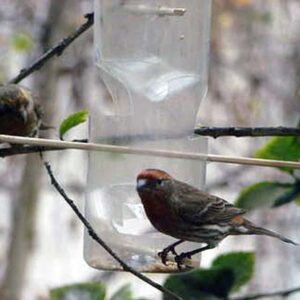