November 9th marks a special day on my calendar; the birthday of my dear friend Amy Christine. We met in 2002 while bartending at the restaurant a.o.c. and she has kept me laughing ever since. I don’t know what I would do without her… 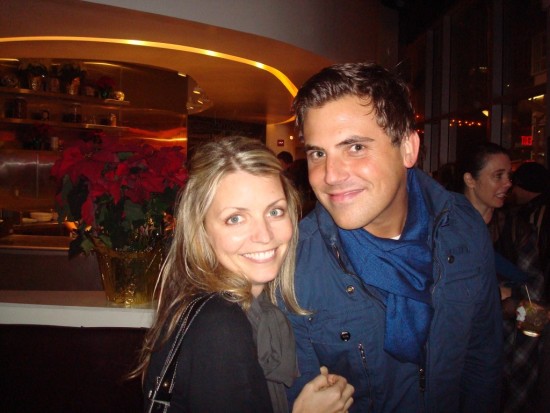 Amy has been one of the few people in my life that truly believe in what I do. She doesn’t just say, “Oh, that’s a neat idea” but rather she has hired me to do those things; giving me free range to implement designs I know she will love. What that gesture means to me is paramount. Sometimes she paid me in wine but that’s a bonus because Amy and her husband Peter make wine in Santa Barbara County and it’s fabulous. Their label is called Black Sheep Finds and it’s a form of liquid currency I appreciate.

In honor of her birthday this year, I’m re-posting something from my kitchen in Los Angeles. Happy Birthday Amy!

Today was my friend’s birthday and I thought long and hard about what would be a perfect gift. Many ideas popped into my head; a vintage bottle of wine, a gift certificate for a day at the spa, something from “Sur la Table” for her Kitchen. They all sounded like gifts that would be an instant hit. Then I looked long and hard in my wallet and realize my gift was going to have to be a bit more creative than I thought.

A few days ago I stopped into Goodwill to drop off a donation. While there I took a stroll through the store in search of a good find. To my surprise, I ran across a Krups Ice Cream Maker in mint condition. 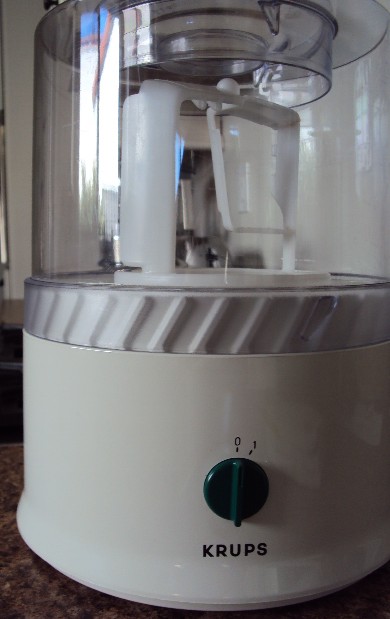 I had the clerk make sure it worked and five dollars later I was thinking about what kind of frozen treats I could whip up. Then I started brainstorming about cool homemade birthday ideas for my friend that would be both creative and memorable.

First I needed a recipe. I located a great one for coffee ice cream courtesy of Emeril Lagasse.

Combine the cream, milk, sugar and coffee in a medium, heavy saucepan. Bring to a gentle boil over medium heat. Remove from the heat.

Beat the egg yolks in a medium bowl. Whisk one cup of the hot cream into the egg yolks. Gradually add the egg mixture in a slow and steady stream, to the hot cream. Cook over medium-low heat, stirring occasionally, until the mixture thickens enough to coat the back of a spoon, about five minutes. Remove from the heat and strain through a fine mesh strainer into a clean container. Cover with plastic wrap, pressing down against the surface to keep a skin from forming. Chill in the refrigerator for at least two hours. Remove from the refrigerator and freeze according to the manufacturer’s instructions. 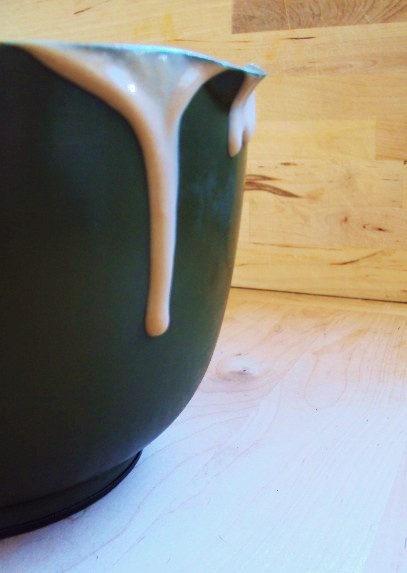 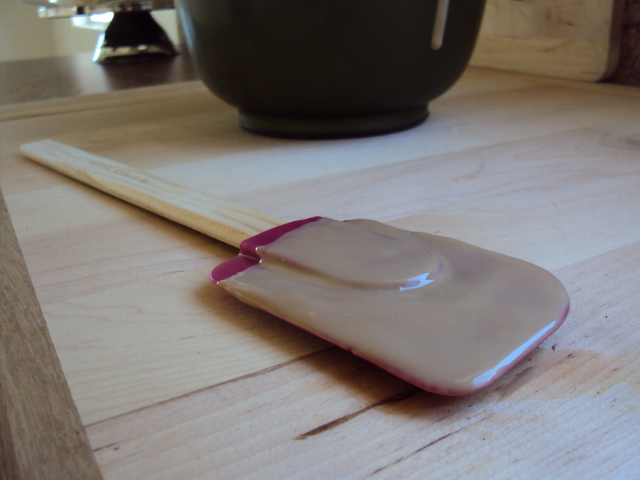 It stirred the mixture for approximately 20 minutes and then it was ready to put into the paper pint cups I found at the restaurant supply store.

I wanted to make a custom label since this was my friend’s birthday. Sticking with the coffee theme, I thought it would be cool to incorporate a coffee stain into the personal greeting. This morning I brewed an extra cup of espresso and used the bottom of a coffee cup to create the iconic image… 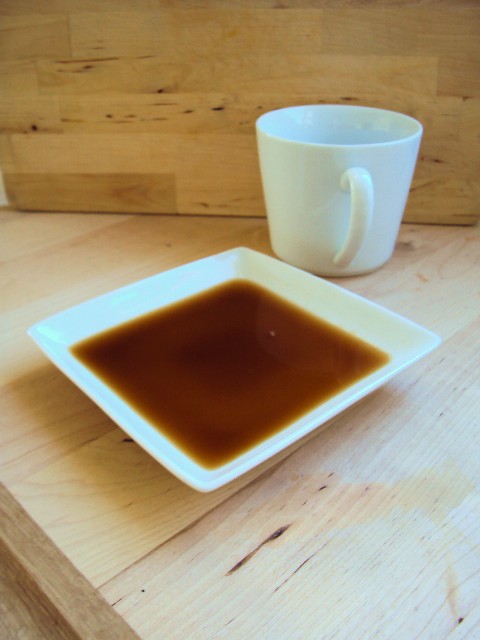 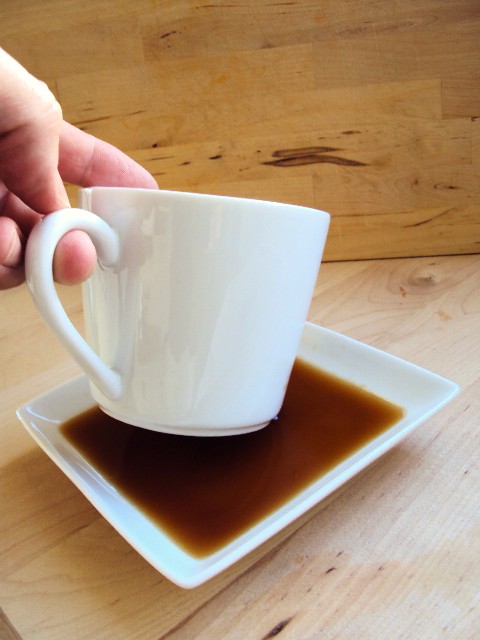 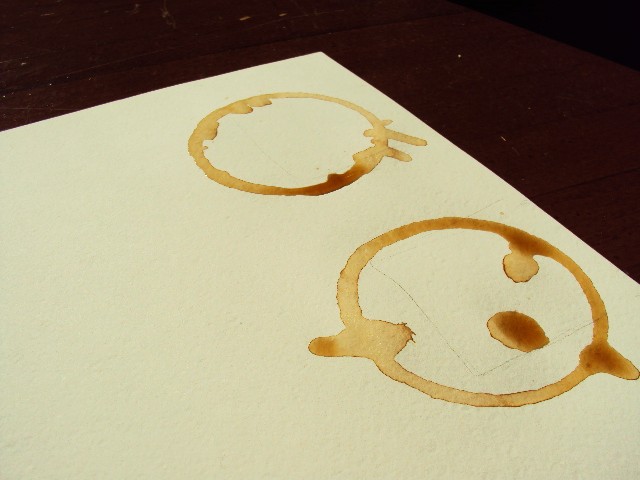 After typing out a greeting, I cut out the labels and glued them to the pints for a professional look… 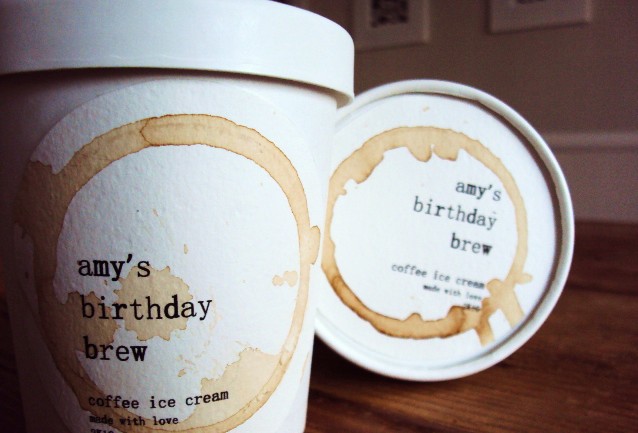 Overall, I think it’s always a good idea to give a gift that is from your kitchen because it always translates to something that is from the heart. And even if it turns out the be inedible, it’s still the thought that counts. FYI: I did a taste test and it is comparable to some of the best coffee ice cream I’ve ever had. Great recipe!