The early years of parenting are filled with weird activities like frequenting pretend restaurants, building dollhouses out of cardboard and driving them to the playground, and conducting stuffed animal puppet shows in the dark. It can feel like these things are forever while you’re wrapped up in them, but slowly they begin to slip away.

The change is almost imperceptible. You don’t even realize the day has turned to night until long after the last rays of sun have faded away.

I still do a lot of pretend play with my youngest and occasionally with my middle child who is six, but my oldest typically plays on his own now.

So, it was a bit of a surprise when, one day recently, all three of them banded together to rope me into an elaborate imagination game.

“We’re doing a salon! You have to come be a customer,” the kids announced.

And they were like, “Sit down in this tiny chair in the kitchen that’s three inches off the ground and put your feet on this rolling board that is your footrest. Now!”

The kids took turns spraying my hair and face with water, brushing my hair, and chiding me for not keeping my feet on the footrest.

My wife even got in on the act and the salon turned into a two-chair establishment.

The highlight of the afternoon was when the hairdryer arrived and my 8-year-old began asking who wanted a blow.

I told him the correct term was blowout. I don’t know if that’s true, but I have heard it used in relation to hair so it seemed close enough.

Whatever you call it, the kids took turns blowing me in the face with the hairdryer. I made a funny reaction each time they turned it on and was then contractually obligated to make the same reaction every time for two hundred or so blowout rounds.

RELATED: I’m Grateful For This Extra Time With My Kids

Afterward, I probably looked a bit like painter Bob Ross, or at least how he looked when he was alive.

At some point, the salon morphed seamlessly into a dentist’s office.

Seems rather unsanitary, especially in the kitchen, during a pandemic, but what do I know.

My wife and I were both required to come and go from the salon/dental office multiple times, acting as a different customer each time. I tried an Australian accent once to mix things up, but it didn’t go well.

The children made us check-in at the front desk (carton of water bottles) and write down what service we were receiving and how much we wanted to pay.

I wrote down three thousand dollars. That may seem a little steep, but the workers were putting their lives on the line during a pandemic.

Eventually, the salon/dental office closed up shop and we went back to our normal activities. Whatever those might be now. TV, Roblox, writing radio ads. Most days I don’t even know.

But I do know that one day the salon/dental office and all its counterparts will be shuttered for good.

And while we’re not there yet, the length of time between this iteration and the last definitely reminds me that we’re getting closer every day. Even as the pandemic days, weeks, and months blend into one chaotic smear.

He's Not a Unicorn Husband, He's Just a Good Man

He's Not a Unicorn Husband, He's Just a Good Man

In This Moment, All is Well

In This Moment, All is Well

Remembering What Christmas is All About

I May Be at the Office, But My Heart is With My Family 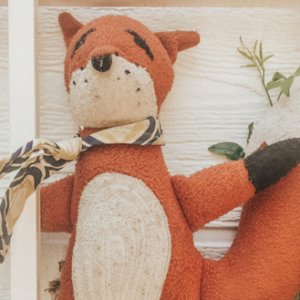 One Day I’ll Wish I Could Hear Their Voices Again, So I’m Saving Messages From My Parents 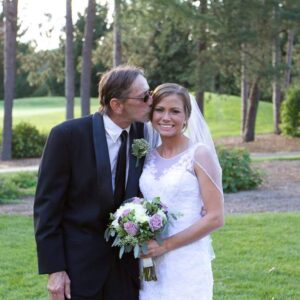 Thanks For Everything, Dad